GR Kathpalia, who had served as DG in DGCA for eight years, says the Investigator-in-Chief should definitely be a person with prior experience in the field of air crash investigation. 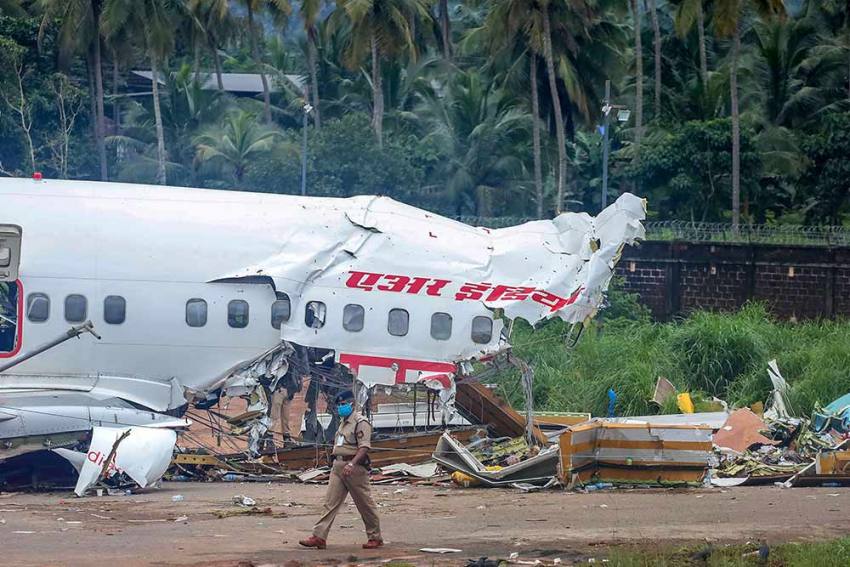 Mangled remains of an Air India Express flight, en route from Dubai, after it skidded off the runway while landing on Friday night, at Karippur in Kozhikode.
PTI Photo
Jeevan Prakash Sharma 2020-08-22T12:04:47+05:30 An Experienced Investigator Should Head Probe In Kozhikode Crash: Former Director-General, DGCA 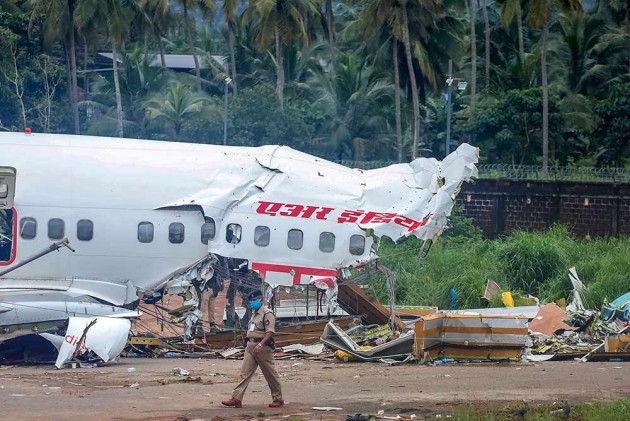 After an Air India Express aircraft overshot the runway and landed into a gorge leading to 18 deaths including both the pilots, air safety experts have questioned the role of the aviation regulator, Directorate General of Civil Aviation (DGCA), for failing to ensure that the Calicut airport complied with all safety norms.

GR Kathpalia, who served as DG in DGCA for eight years between 1977 to 1985, belongs to the era when officers with vast experience and knowledge in aviation were considered for the top post.

Before being appointed as DG, he held various crucial positions in DGCA for 22 years and even worked as Engineering Instructor at Civil Aviation Training Centre, Allahabad, in the initial years of his career. National Airports Authority, Pawan Hans Helicopters Ltd and Indira Gandhi Rashtriya Uran Academy at Fursatganj were created on the basis of his recommendations to the government.

Agreeing with several experts, Kathpalia, in an interview with Outlook, says that just being an experienced aviator is not sufficient to become an investigator. Excerpts:

Many air safety experts have raised doubts about the fairness of Calicut air-crash investigation alleging that the Investigator-in-Chief lacks experience in the field of investigation. How justifiable is their reservation?

It cannot be emphasised enough that the Investigator-in-Chief should definitely be a person with prior experience in the field of air crash investigation. Just being an experienced aviator is not sufficient.

Do you think AAIB is not an independent investigation board as it has officers on deputation from the regulatory body DGCA? A regulator cannot be a judge in its own case. What do you have to say?

The AAIB is a recently created body. It was created in order to comply with International Civil Aviation Organisation’s (ICAO) requirements. Being a recent creation, it has no experienced personnel of its own and there is no option but for it to depend on the DGCA for officers till it gradually develops its own cadre. For that, it can send recruits for training to institutions like NTSB Training Centre and FAA Academy in the USA where I have also trained in Air Safety and Air Crash Investigation. Till AAIB was created, Directorate of Air Safety, DGCA, was responsible for conducting investigations into aviation incidents. As Director of Air Safety, I have personally headed many air crash investigations including the Japan Airlines Douglas DC-8 crash in June 1972 in Delhi. I feel it makes no difference whether the investigation is conducted by DGCA or AAIB officers as long as the people involved are experienced in air crash investigation. In this case, as I hear, the key Indian officers are not experienced in air crash investigation but the NTSB, USA, which is adept in the field, has been brought in, which I feel is fair enough. The point is to identify the lacunae so that future incidents can be prevented.

Soon after the Kozhikode crash, Arun Kumar, the present DG, DGCA, while talking to the media said that it seemed the pilots didn’t land the aircraft smoothly. Pilots’ body objected to it as factually incorrect. How do you look at it?

He should not have commented at all as it would have been nothing more than an offhand comment, which is not advisable in such serious circumstances. Having said so, however, he did not specifically say it was a hard landing or not. Given so many complex factors, labeling anything "factually incorrect" would itself be incorrect. At the end of the day, what is clear is that the aircraft overshot the runway.

It could be wrong selection words too. Should it be given so much importance?

It's a poor choice of words no doubt and need not be given so much importance. It is like picking on a sound byte.

But how valid is their demand to appoint a technical person as DG rather than a bureaucrat like Kumar who is not an aviation professional?

The particular pilot's bodies in question are habitual with such agendas demanding the removal of officers on one pretext or other. So, I wouldn't place much weight on their demand. However, I do feel that DGCA should be headed by a technically competent person having hands-on aviation experience.

Do you remember since when the practice of appointing bureaucrats as DG in DGCA started?

It is since 2009 that I have observed that not only DGCA but also Airports Authority of India and Air India have been taken over by bureaucrats.

Some aviation professionals say that a non-technical person gives in to the demands of various pressure groups and vested interest and this compromises air safety. Your take?

It is difficult to agree or disagree. This would amount to speculation which I do not indulge in.

But do you think that appointing an aviation expert as the head of a regulatory body will improve the culture for air safety at all levels?

Professional experience and domain expertise have always been and will always remain irreplaceable. Yes, a person with the relevant technical know-how will certainly be well equipped to bring about positive change in the aviation scenario in the country.

What's the practice in developed countries?

In my knowledge, by and large, all developed countries have technical personnel with sufficient domain expertise at all levels in their respective Civil Aviation Authorities. All the counterparts that I dealt with during my tenure as DGCA have been highly experienced in either Civil or Military Aviation or both.