Anant Kumar Hegde To Misa Bharti: Politicians Who Threatened To Take Law Onto Their Hands

Anant Kumar Hegde on Sunday came under severe criticism when he said that "if a Hindu girl is touched by a hand, then that hand should not exist." 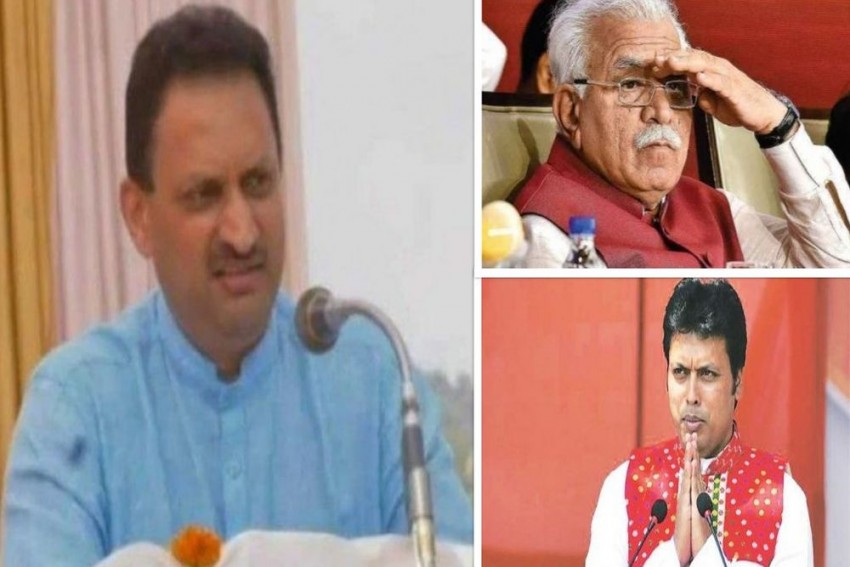 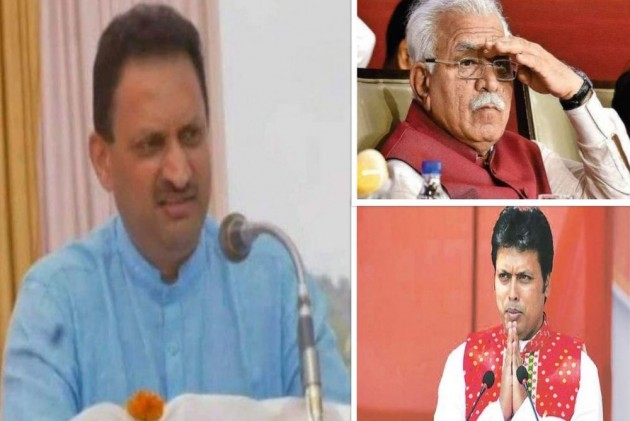 From Union Minister of State Anant Kumar Hegde to BJD spokesperson Sulochana Das, politicians top the list when it comes to courting controversies with bizarre statements such as chopping off hands or an eye for an eye.

Anant Kumar Hegde on Sunday came under severe criticism when he said that "if a Hindu girl is touched by a hand, then that hand should not exist."

Well, neither is this the first such incident when a politician threatened to take law onto his hands nor Hegde is the only one to blame. Here is a list of other leaders who made headlines for such bizarre statements.

Union Minister of State Anant Kumar Hegde on Sunday courted a fresh controversy by saying that "if a Hindu girl is touched by a hand, then that hand should not exist."

Speaking at a public event in Karnataka's Kodagu district, Hedge said, "We have to rethink about priorities of our society. We shouldn't think of caste. If a Hindu girl is touched by a hand, then that hand should not exist."

Hegde is known to make such infuriating statements in the past on a number of occasions.

BJD spokesperson Sulochana Das had recently quoted controversy after saying hands will be chopped off of whoever points fingers at Odisha chief minister Naveen Patnaik.

Addressing a gathering at the BJD’s IT Cell meeting, Das said, “We will chop off hands of whoever points fingers at our Naveen Patnaik, but with respect."

“We will chop hands of whoever points fingers at us.”
- Sulochana Das, BJD
How does one chop hands with respect? pic.twitter.com/junpJVjET9

Reacting to Das' comment, Congress Mahila Congress president, Sumitra Jena said, “The way Sulochana Das claimed that the hands will be ‘chopped off with respect’ is not acceptable.”

"He (Ram Kripal) betrayed the man (Lalu) who had taught him politics by holding his hands. He used to cut hay for a living. I had high respect for him, but he fell from my esteem. The day I saw him holding a book written by Sushil Modi, I felt like chopping his hands off with the same hay cutter," she had said.

Sangameshwara was caught on camera threatening a forest official while on duty. The MLA was heard using expletives while speaking to the forest official on the phone in front of his supporters.

The MLA said, "They have conducted rituals here. None should object to the construction. I will have their hands or legs chopped off. You don't seem to understand kind words. I am warning you."

On May 01, 2018, Tripura CM Biplab Kumar Deb said if anyone interferes in his government or pokes it, he would chop their nails.

In a video that surfaced on social media, Deb could be heard saying, “Around 8 am, a vegetable vendor brings bottle gourd to the market. However, it gets rotten by 9 am due to repeated digging of nails by customers. I will not allow this to happen with my government. If someone pierces or interferes, his nails would be chopped off. No one can touch my government.”

On July 13, 2018, Haryana Chief Minister Manohar Lal Khattar in a bizarre statement said that if anyone dares to point fingers at women, their fingers will be chopped off.

Will It Be Interim Budget Or Vote-On-Account On February 1?