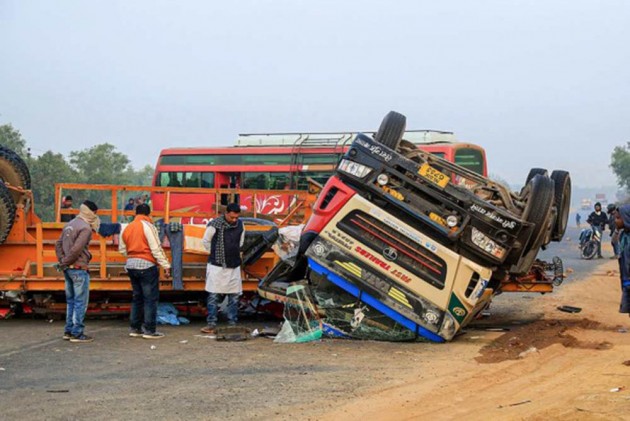 A road accident in Andhra Pradesh’s Kurnool district has left 14 people dead, including eight women and a child. The accident occurred on Sunday when a mini-bus collided with a lorry, police said adding that four others have been injured.

Preliminary investigation suggests that the driver of the bus might have lost control and the vehicle first crashed against the road median and then rolled to the other side of the road hitting a lorry, officials said.

The incident took place at around 4 am when a group of people hailing from the state’s Chittoor district were heading towards Hyderabad in the mini-bus, a senior police official told PTI.

The injured have been hospitalised and the condition of two persons is stated to be serious, police said.