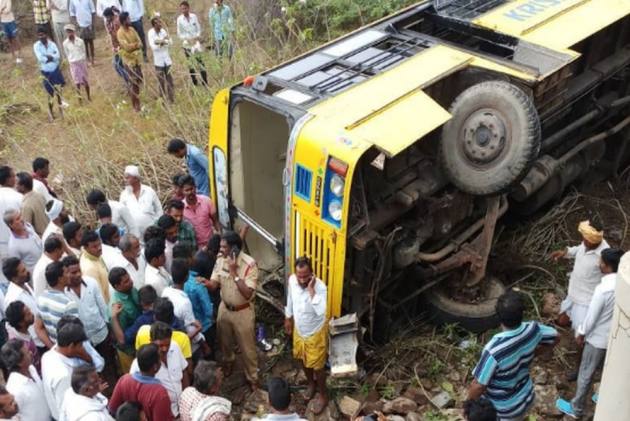 The two students who have suffered major injuries have been shifted to Guntur government hospital whereas the others have been taken to a private hospital by their parents, informed the police.

The driver of the school bus who identifies himself as SK Tajuddinis is being questioned by the police.

Veldurti police station's ASI Srinivas Rao told ANI, "A bus of Krishnaveni talent school was taking almost 50 children to the school this morning. It was travelling from Macharla town. When the bus was near a stream at the outskirts of Mandadi village, it accidentally turned turtle."

Furthermore, Rao assured that an FIR will be filed in this regard shortly.