BJP's website on Friday came out of its "maintenance" mode with just one static page after more than two weeks after being hacked. 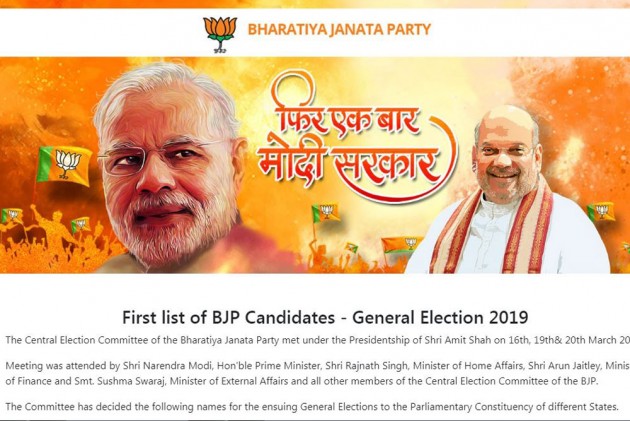 The Bharatiya Janata Party (BJP) has been accused by an Andhra Pradesh-based technology start-up of using the company's web template to get the party's hacked website up without giving them credit or payment.

More than two weeks after being hacked, the BJP website on Friday came out of its "maintenance" mode with just one static page.

In a blog post, the Nellore-based startup called W3layouts said that the BJP IT cell has used their layout template in the restored website.

BJP Website Hacked, Defaced With A Meme And A Queen Song

"While the design is free to use, it includes a backlink. A small link at the end of the page, which indicates that the design was by W3layouts," the startup wrote in the blog post late Saturday.

"We, at W3layouts, were initially happy and excited that BJP IT cell was using our template, then devastated to see our work being used by BJP removing the backlink without paying, and giving no credit whatsoever to W3layouts," the startup posted.

The website of the ruling party went into the "maintenance mode" on March 5 after being hacked.

The start-up also brought the issue to the BJP's notice via Twitter.

"@BJP4India please ask your team to read the license terms https://w3layouts.com/license/ before removing "designed by w3layouts"? Please provide your IT Team Email id will have a word," the startup posted.

@BJP4India please ask your team to read the license terms https://t.co/1Uagn4FGjr before removing "designed by w3layouts"?
Please provide your IT Team Email id will have a word.

After the tweet went to the BJP, "they removed the code where ever w3layouts was mentioned".

"While the visible backlinks were removed, it was clear that BJP was still using the W3layouts code as it was evident in the source code of the page," informed the startup.

W3layouts builds free premium quality HTML templates where anyone can download its designs and start their website, with due credit.

Let me summarise:
- You have been hacked
- You didn’t have backups
- After 3 weeks of « maintenance » you used a free template from @W3layouts
- You plagiarised @W3layouts work without giving them credit

The start-up said all it wanted was a "thanks for the template".

IT Minister Ravi Shankar Prasad had on March 12 admitted the BJP website was hacked.