K Raghu Ramakrishna Raju had rebelled against the YSRC over a year ago and had been criticising the Jagan Mohan Reddy government for several months now. 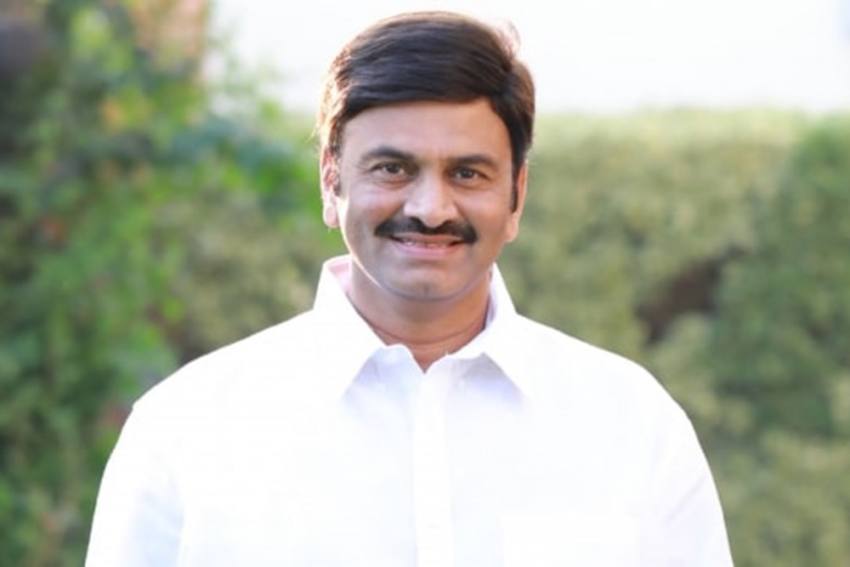 The Crime Investigation Department of Andhra Pradesh Police on Friday said, K Raghu Ramakrishna Raju, a Rebel MP of the ruling YSR Congress, has been arrested on various charges, including sedition, for "indulging in hate speeches against certain communities and promoting disaffection against the government".

The MP's petition in the CBI special court in Hyderabad which seeks cancellation of bail to AP Chief Minister Y S Jagan Mohan Reddy in the 'quid pro quo' cases, is due for hearing on May 17.

The principal opposition Telugu Desam Party slammed the government over the MPs arrest and wondered if a sedition case would be booked for questioning the failures of the state government.

The BJP too lashed out at the state government on the issue, alleging the latter was busy foisting cases against its own MP when people were dying in hospitals due to lack of oxygen.

The CID gave no details about the complainant or when the case was registered.

"A preliminary inquiry has been ordered by CID Additional Director General P V Sunil Kumar.In the inquiry it was found that through his speeches on regular basis Mr Raju was indulging in systematic, schematic effort to caus tensions among the communities and by attacking various government dignitaries in a way which will cause loss of faith in the government which they represent," an official release here said.

"There is hate speech against communities and social groups also, which was used to foment social and public order disturbances in conspiracy with a few media channels," the release alleged.

The release added that, on the orders of the CID ADG, a case under Sections 124A (sedition), 153A (promoting enmity between different groups), 505 (statements conducing public mischief) read with 120B  (conspiracy) of Indian Penal Code was registered against the MP.

The Lok Sabha member from Narsapuram constituency, who had rebelled against the YSRC over a year ago, had been making critical remarks against the Jagan Mohan Reddy government for several months now.

In recent days, he has been attacking the state government over the "mishandling" of the Covid-19 crisis.

Early this month, he filed a petition in the CBI special court in Hyderabad seeking that the bail granted to Jagan in the 'quid pro quo' cases be cancelled fortwith for violating the bail conditions.

Raju cited Jagan's non-appearance before the trial court for hearings and plea for exemption as grounds for violation of bail conditions.

Raju himself is facing a CBI case over allegedly defrauding several banks by obtaining loans running into several hundred crores of rupees.

The CID authorities descended on the MPs residence at Gachibowli in Hyderabad on Friday and effected the arrest.

The Central Reserve Police Force, under whose protection the MP is in on the orders of the Union Home Ministry, reportedly tried to prevent them from taking Raju into custody but the CID authorities took up the matter with the CRPF top brass and went ahead with their action.

The MP was celebrating his birthday at his Hyderabad residence when the CID men nabbed him.

"About 30 CID men came to our house without any warrant and forcibly took away our father.They even shoved the CRPF personnel away. We were not served any notices," Raju's son Bharat alleged.

Condemning Rajus arrest, TDP chief N Chandrababu Naidu wondered if a sedition case would be booked for questioning the failures of the state government.

"At this time of Covid-19 crisis, is extracting political vendetta important? It is atrocious to use the power given by people to settle personal scores," Chandrababu said.

"How can anyone damage the reputation when there is none," he wondered.