Merkel To Visit Dwarka Metro Station Which Has A German Connection

German Chancellor Angela Merkel's visit to the metro station, during which she will be accompanied by Prime Minister Narendra Modi, will be the last item on her itinerary before she leaves for home. 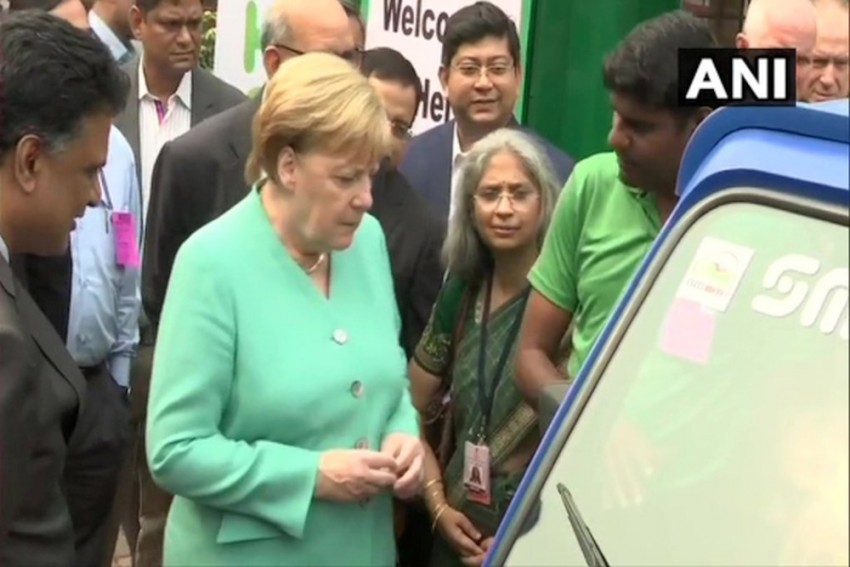 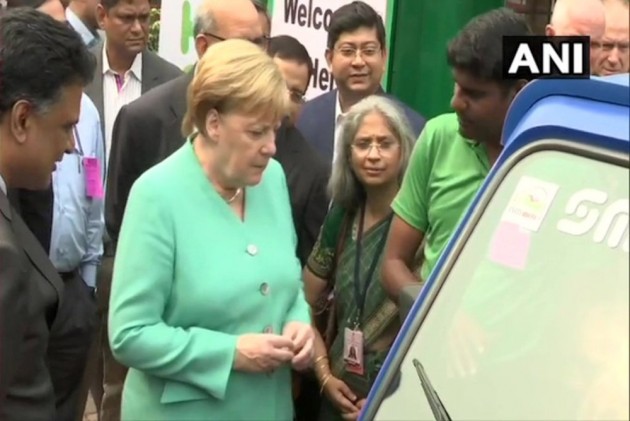 German Chancellor Angela Merkel will be visiting the Dwarka Sector 21 metro station on Saturday morning, which would have a deep German connection to the station -- it has photo voltaic panels on the roof built with the cooperation of a German enterprise.

Merkel's visit to the metro station, during which she will be accompanied by Prime Minister Narendra Modi, will be the last item on her itinerary before she leaves for home.

She arrived on Thursday night for the 5th Intergovernmental Consultations (IGC), which she co-chaired with Modi on Friday. The two sides inked over 20 agreements after holding talks.

Power generated by the 500-kWp 'Roof-Top Solar Power Plant' in the station is used to meet its requirements.

The Dwarka Sector 21 station is India's first-ever metro station to install a solar power plant. It was inaugurated by the then Union Urban Development Minister M. Venkaiah Naidu in August 2014.

Merkel, in her address after the IGC talks, said that India has been working to reduce its CO2 emissions, and has also raised its target of renewable energy, for which she congratulated the Indian government.

She also said Germany would be keen to cooperate with India in the field of sustainable development, like waste management, pure water and climate issues.

The five Declarations of Intent inked between India and Germany on Friday include cooperation in green urban mobility, and in the field of prevention of marine litter.