During the raids, premises of ‘encounter specialist’ Patil in Pune and Mumbai, and those of Bhujbal in Ahmednagar and Mumbai were covered, officials said. 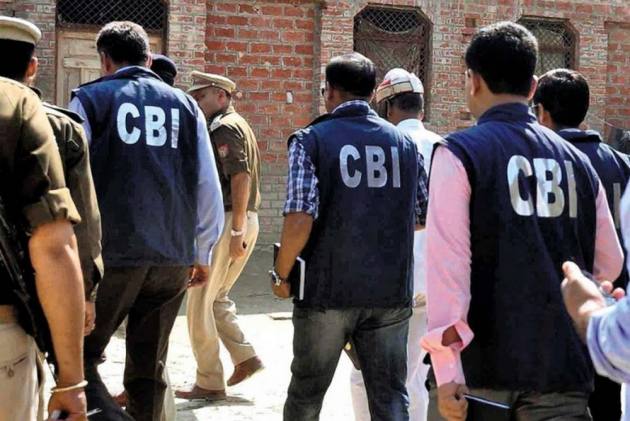 The Central Beureu of Investigation (CBI) carried out raids at 12 locations across Maharashtra in connection with graft allegations levelled against NCP leader Anil Deshmukh, officials said on Wednesday.

According to officials, the searches were conducted at eight cities-- Mumbai, Pune, Ahmednagar, Nashik, Thane, Solapur, Sangli and Osmanabad— and on the premises of ACP Sanjay Patil and DCP Raju Bhujbal.

The searches were conducted in connection with an PMLA case registered against Deshmukh, in which he was accused by former Mumbai police commissioner Param Bir Singh of extortion. Singh had alleged that Deshmukh had asked Mumbai cops to extort over Rs 100 crore a month from bars and restaurants located in the city when he was the state home minister.

The CBI has booked the NCP leader under various IPC sections, including sections related to criminal conspiracy and Prevention of Corruption Act for "attempting to obtain undue advantage for improper and dishonest performance of public duty".

During the CBI raids, premises of "encounter specialist" Patil in Pune and Mumbai, and those of Bhujbal in Ahmednagar and Mumbai were covered, which concluded on Tuesday night, officials said.

The other premises belonged to alleged middlemen whose names have not been disclosed by the agency.

In his letter to Maharasthra Chief Minister Uddhav Thackeray after he was removed from the Mumbai police commissioner's post, Param Bir Singh had alleged that Deshmukh asked Assistant Police Inspector Sachin Waze to extort over Rs 100 crore a month from the bars and restaurants of the city, the officials said.

"The preliminary enquiry prima facie revealed that a cognizable offence is made out in the matter, wherein the then home minister of Maharashtra, Anil Deshmukh, and unknown others have attempted to obtain undue advantage for improper and dishonest performance of their public duty," the CBI FIR alleges.

According to the CBI manual, a preliminary enquiry is initiated to assess if there is enough prima facie material in the allegations to proceed with a regular case for a full-fledged probe, the officials said.

The CBI enquiry found that Waze was reinstated into the police force after being out of service for more than 15 years.

Waze was entrusted with most of the sensational and important cases of the Mumbai City Police and Deshmukh, the then Maharashtra home minister, was aware of it, the FIR alleges.

Meanwhile, the CBI told the Bombay High Court on Wednesday that the Maharashtra government was not cooperating with the agency in its probe against former state home minister Anil Deshmukh, despite an order of the HC saying the CBI can inquire into the allegations of corruption in police transfers and postings.

Additional Solicitor General Anil Singh, appearing for the CBI, told a division bench of Justices S S Shinde and N J Jamadar that the agency had written a letter to the government's State Intelligence Department, seeking details pertaining to a written communication by senior IPS officer Rashmi Shukla on the issue of corruption in police transfers and postings.

Singh said the high court on July 22 held that the CBI can inquire into the allegations of corruption in transfer and postings of police personnel, and the court dismissed a petition filed by the Maharashtra government seeking for certain portions of the agency's FIR against Deshmukh to be quashed.

"After the HC order, the CBI wrote a letter on July 23 to the commissioner of the State Intelligence department seeking for information and copies of the communications sent by Rashmi Shukla to the government on the issue of transfer and postings,” Singh said.

“However, on July 27, assistant commissioner of police Nitin Jadhav replied to the CBI, refusing to hand over the documents saying they are part of another investigation. Our complaint is that the state government is not cooperating,” he said.

The high court said the CBI can file an application raising the issue and the HC would hear the contentions then.

The CBI on April 21 this year registered an FIR against Deshmukh on charges of corruption and misuse of official position.

The FIR was lodged after the agency conducted a preliminary enquiry against the NCP leader following an order from the HC on April 5.