On Thursday, Malik had accused Hazare of being an "RSS and Sangh Parivar agent", but the party immediately distanced itself from his remarks. 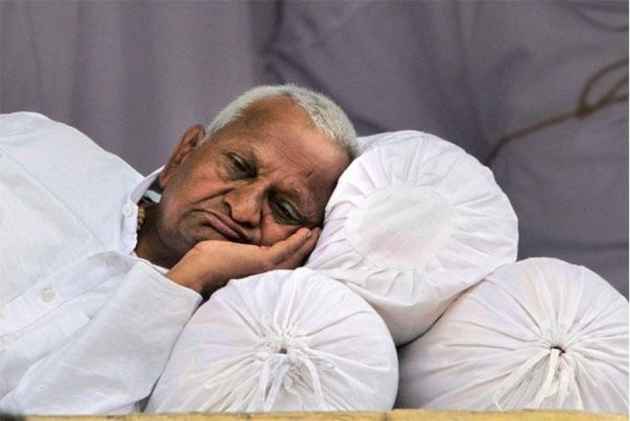 A team of medicos who examined Hazare on Friday said his blood pressure and blood sugar levels have a significantly' shot up, but declined to elaborate on the octogenarian's condition.

On Thursday, Malik had accused Hazare of being an "RSS and Sangh Parivar agent", but the party immediately distanced itself from his remarks.

"The NCP has nothing to do with his (Malik's) statement If it has hurt Hazareji, I deeply apologise to him," Pawar said on Friday.

After Malik's statement, an angry Hazare had warned that he would consider filing a defamation case and has even refused to meet some NCP leaders since yesterday.

Under the banner of 'Jan Andolan Satyagraha', Hazare, 81, launched his indefinite hunger fast from Wednesday (January 30, Martyrs Day) at his village Ralegan-Siddhi for implementation of his 3-point long-pending demands.

They include the immediate appointment of Lokpal at the Centre, Lokayuktas in all states and implementation of the M.S. Swaminathan Commission Report on the farmers.