The twin moves of Murugan as Union Minister and Annamalai as state president proved that the BJP is finally getting its caste equation right in Tamil Nadu after having been dubbed as a party for the upper castes, especially Brahmins. 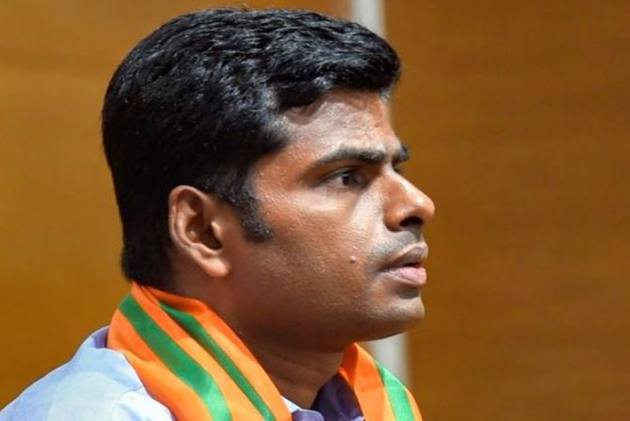 By swiftly appointing 37-year-old ex-IPS officer K. Annamalai as its Tamil Nadu state president, the BJP announced that it was preparing for the long haul in ‘Dravida Naadu’.

Annamalai, who joined the BJP only in August 2020, was made the vice-president of the state unit and shortly thereafter was appointed its president after L. Murugan was elevated as a union minister in Wednesday’s cabinet expansion. Though Annamalai lost the Assembly election from Arvankurichi, he has remained the bright young hope of the BJP in Tamil Nadu with his articulate and aggressive campaign on behalf of the saffron party.

The twin moves of Murugan as Union Minister and Annamalai as state president have proved that the BJP is finally getting its caste equation right in Tamil Nadu after having been dubbed as a party for the upper castes, especially Brahmins. Murugan was the party’s Dalit face for more than two years and used the local God Lord Muruga, rather than the BJP’s favourite mascot Ram, to mount his campaign in the state through the popular Vel Yatra in December 2019.

Murugan lost narrowly to his DMK rival from Dharapuram reserved constituency, which for the first time saw a Prime Minister Campaigning for an Assembly candidate when Modi flew in to stand behind the state chief. For Annamalai, an entire army of BJP workers from Karnataka – where he used to be a popular police officer – descended in his constituency to campaign for him. Despite these interventions, the two lost but the central leadership has let it known that it has not deserted them.

When it appointed Murugan, a Dalit, as the state unit chief in 2019 many dubbed it as mere tokenism. With his elevation as Union Minister, the BJP has shown that nurturing a Dalit leader from Tamil Nadu was not tokenism or a one-shot affair. It has already earned the goodwill of another Dalit group, the Pallars, by grouping its various subsects from South Tamil Nadu, as Devendra Kula Vellalar meeting their long-pending demand. So, it has the state’s Dalit community in its long-range.

Now with Annamalai’s promotion, the BJP wants to earn the goodwill of his Vellala Gounder community, a powerful and wealthy OBC that dominates the western districts. The BJP’s two MLAs hail from this community. Similarly, by making Nainar Nagendran, a former Minister in the Jayalalithaa Ministry, the legislature party leader the BJP has also wooed the powerful Thevar community to which he belongs.

“More importantly the BJP has shown that upward mobility is an imminent possibility for its state-level leaders. Its former state president Tamilisai Soundararajan was made Governor of Telangana, now Murugan is a union minister, and Annamalai, though very junior and a recent entrant makes it to state president. Similarly, Vanathi Srinivasan, now an MLA, was named the president of the party’s Mahila morcha. The BJP wants to show that the central leadership gives importance to leaders from Tamil Nadu,” pointed out political commentator Raveenthiran Thuraisamy.

All the recent appointments also prove that the BJP has a game plan for Tamil Nadu ahead of the 2024 Lok Sabha elections. First, it has made the right gestures to the three major communities – Dalits, Thevars, and Vanniyars. By appointing 37-year-old Annamalai it is also wooing the youth of the state who have mostly gravitated towards fringe parties like Seeman’s NTK and Kamal Haasan’s MNM. The unraveling of MNM also presents the BJP with an opportunity to attract its deserters.

Annamalai’s visibility and articulation have already made him popular in social media and now that needs to be matched with elaborate groundwork in districts where the party is weak. The party wants to keep up the momentum it had gained in the Assembly elections – by winning four seats - even though it ended up on the losing side.