The deceased has been identified as one Rajbir from Haryana. He died by hanging self from a tree, police said 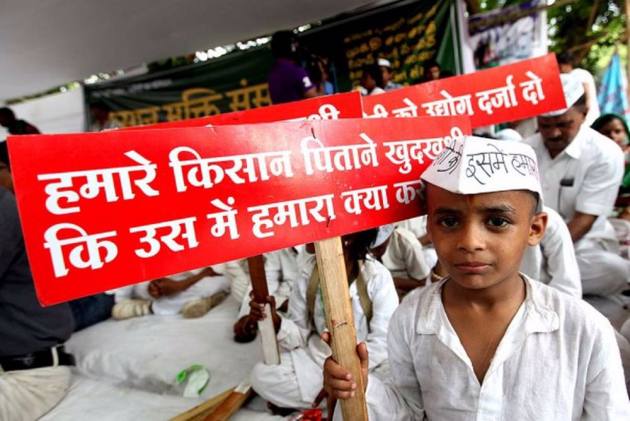 A 49-year-old farmer on Sunday allegedly died by suicide after hanging self from a tree, about seven kilometers from the Tikri border protest site, police said.

The farmer who belonged to Hisar district in Haryana and supported the agitation against the central government's three agriculture laws has purportedly left a suicide note, they added.

"The victim, Rajbir, hailed from a village in Hisar district. He was found hanging from a tree," Bahadurgarh City police station SHO, Vijay Kumar said over phone.

His body was found by some farmers who informed the police.

In the suicide note purportedly left behind by Rajbir, it is mentioned that he took the extreme step due to the Centre’s three recent farm laws. He also said that the Centre should fulfil his last wish by repealing the three legislations, police said.

Last month, a farmer from Jind in Haryana who was also supporting the agitation against the Centre's farm laws had allegedly died by suicide merely two kilometres from the Tikri border protest site.

Earlier, another farmer from Haryana had allegedly consumed a poisonous substance at the Tikri border. He had died during treatment at a Delhi hospital later.

In December last, a lawyer from Punjab had allegedly killed himself by consuming poison a few kilometres away from the protest site at the Tikri border.

Earlier, Sikh preacher Sant Ram Singh had also allegedly ended his life near the Singhu border protest site, claiming that he was "unable to bear the pain of the farmers".

Thousands of farmers have been protesting since November last year at Delhi borders with Haryana and Uttar Pradesh, demanding a rollback of the Farmers' Produce Trade and Commerce (Promotion and Facilitation) Act, 2020, the Farmers (Empowerment and Protection) Agreement on Price Assurance and Farm Services Act, 2020, and the Essential Commodities (Amendment) Act, 2020.

However, the Centre has maintained that the new laws will bring better opportunities to farmers and introduce new technologies in agriculture.