A Sikh preacher, Sant Ram Singh, had also allegedly ended his life near the Singhu border protest site claiming that he was 'unable to bear the pain of the farmers'. 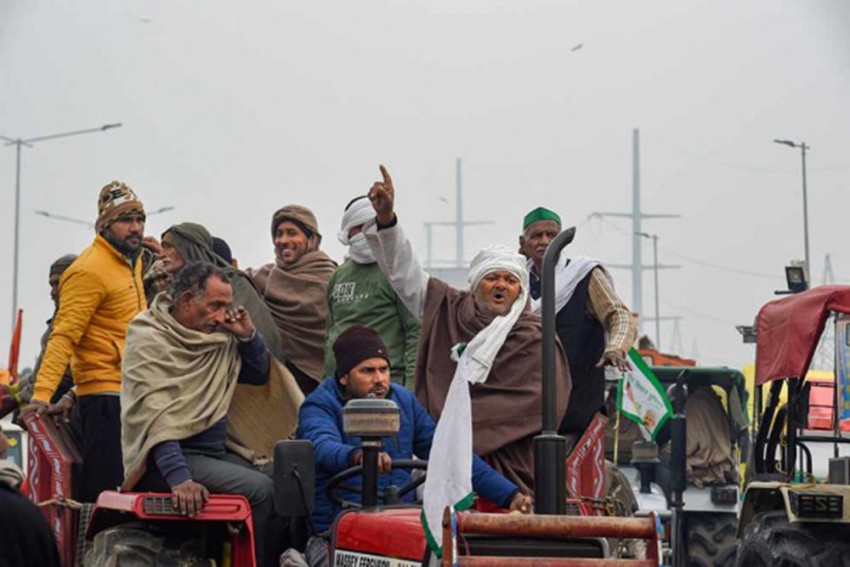 Yet another farmer protesting against the new farm laws died by suicide at Tikri border near Delhi.

The farmer allegedly consumed a poisonous substance at the Tikri border and died during treatment at a hospital here on Wednesday, police said.

The deceased has been identified as Jai Bhagwan Rana (42), a resident of Pakasma village in Rohtak district of Haryana. He had consumed Sulphas tablets at the farmers' protest site at Tikri on Tuesday, they said.

In a purported suicide note, Rana said he was a small farmer and many peasants have taken to the streets to protest against the Centre's new farm laws.

"The government says it is a matter of only two to three states, but farmers from all over the country are protesting against the laws. Sadly, it is not a movement now, but a fight of issues. The talks between the farmers and the Centre also remain deadlocked," he wrote in the letter.

Deputy Commissioner of Police (Outer) A Koan said the man was taken to Sanjay Gandhi Hospital by CAT ambulance where he passed away during the course of treatment.

He added that legal proceedings under CrPC have been initiated in the matter.

Last month, a lawyer from Punjab had allegedly committed suicide by consuming poison a few kilometres away from the protest site at the Tikri border.

A Sikh preacher, Sant Ram Singh, had also allegedly ended his life near the Singhu border protest site claiming that he was "unable to bear the pain of the farmers".

Thousands of farmers, mainly from Punjab, Haryana and Uttar Pradesh, have been protesting at various border points of Delhi for over two months demanding repeal of the three laws -- the Farmers' Produce Trade and Commerce (Promotion and Facilitation) Act, the Essential Commodities (Amendment) Act, and the Farmers (Empowerment and Protection) Agreement on Price Assurance and Farm Services Act.

Enacted in September 2020, the Centre has presented these laws as major farm reforms aimed at increasing farmers' income, but the protesting farmers have raised concerns that these legislations would weaken the minimum support price (MSP) and "mandi" systems and leave them at the mercy of big corporations.

The government has maintained that these apprehensions are misplaced and ruled out repeal of the laws.