The government on Sunday said 573 new positive cases of Covid-19, 122 from Jammu and 451 from Kashmir division, have been reported taking the number of positive cases in J&K to 13,3012. 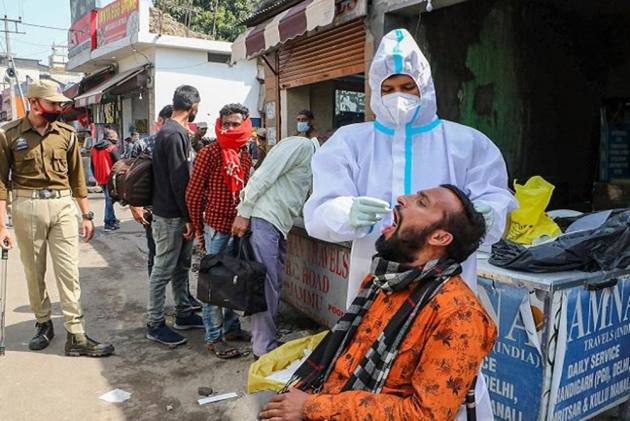 With the surge in the Covid-19 cases and deaths of two tourists, the government today ordered that all leave granted to the medical and paramedical staff stand cancelled. Among 146 who tested positive on Sunday in Srinagar, 62 were tourists.

“It is enjoined upon all the chief medical officers/medical superintendents and other territorial offices falling within the jurisdiction of this directorate that amid the upsurge of the Covid-19 pandemic, all the leave either sanctioned or under consideration at directorate level or respective offices of CMOs and other DDOs in respect of doctors, nurses, paramedical staff and another official of this department are hereby cancelled forthwith except maternity leave and leave taken given extreme medical exigencies,” read a circular issued by the director, health, Dr Mushtaq Ahmad Rather.

“Besides, all the chief medical officers/medical superintendents and other territorial offices are directed to refrain from forwarding any kind of leave to this directorate till further orders,” the circular said.

Take Tips From Other States On How To Tackle Crisis: NC Tells J-K Govt On Rising Covid Cases

On Monday, a 60-year-old tourist from Gujarat died of Covid-19 at a hospital in Srinagar. The tourist was admitted on April 2 at Chest Disease (CD) hospital after testing positive. However, he had tested negative on arrival at Srinagar Airport. On Wednesday, another tourist from Pune, Maharashtra died of the disease. He had tested negative at the Srinagar Airport on his arrival. Most of the tourists test negative at the airport and those who arrived by road from the Srinagar-Jammu highway are not allegedly tested.