Always known to be impulsive, Mamata Banerjee is now coming across as someone bad-tempered as well. Her loss of composure is cause for celebration among her opponents, the BJP included. 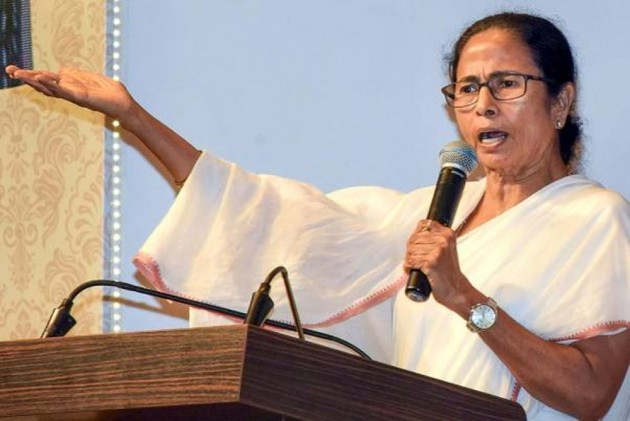 Has Mamata Banerjee lost the plot? After the elections, in which she ceded a lot of political ground to a resurgent BJP, the chief minister is clearly out of depth. While politically she hasn’t been able to come up with a counter-narrative to stall the BJP’s advance in West Bengal, she has come a cropper administratively too to win back popular opinion.

A stubborn doctors' strike that has crippled medical services has also dealt a debilitating blow to whatever remained of Mamata’s stature as an administrator. Best known for her mercurial temperament and as a rabble-rousing street politician, it is street politics that’s gradually taking her down.

Those ranged against her are making it sure that she never recovers. Always known to be a maverick but hot-headed, Mamata is playing into their hands. Right-wing activists are barracking her with Jai Shri Ram chants wherever she goes, and the chief minister is making a fool of herself by chasing and berating them with police action. The more she loses her cool, the more she is opening herself to ridicule and letting anti-Mamataism become an entrenched state of the Bengali mind.

Maintaining law and order was never her strong point—given that a sizeable section of her party men have shady backgrounds and her rule has always been rife with allegations of violations and extortions—and Mamata’s response to the doctors’ agitation has worsened matters further. Rather than sympathising with the doctors—one of whom was brutally thrashed by grieving relatives and friends of a deceased patient—she threatened them with dire action unless they returned to work. Her ultimatum has had the opposite result: the doctors refused flatly and health services in the state remain crippled.

The biggest casualty is Mamata’s standing, both as a political leader and an administrator. Always known to be impulsive, she is now coming across as someone bad-tempered as well. Her loss of composure is cause for celebration among her opponents, the BJP included. The state is already polarised—something that helped the BJP win 18 of the 42 Lok Sabha seats in the state this time against its paltry tally of two in 2014—and the communal divide is getting wider with Mamata refusing to go in for a course correction.

While her trademark stubbornness yielded huge political dividends earlier and helped shape her image as a staunch anti-CPI(M) leader, the same trait is now weighing her down. Much of the voters’ anger this time was against her political lieutenants such as Anubrata Mandal, the TMC Birbhum district party president. Mamata though is sticking with them, no matter how repulsive they seem to be to an ordinary citizen.

Perhaps, Mamata has few options. Hundreds of Trinamool Congress workers have in recent months crossed over to the BJP and without her trusted party men, there, after all, will be no party. She is also publicly defending her relatives such as parliamentarian and nephew Abhishek Banerjee and refusing to answer questions about their new-found affluence. Pushed to a corner, she has chosen to brazen it out.

But Mamata is losing the narrative.

Buoyed by the election results, the BJP is taking her head on, provoking her at every step along the way. A party worker was killed, and the BJP insists on taking the body in a procession to Calcutta. The police refuses, but the BJP stages state-wide protests the next day, triggering televised clashes with police. For all practical purposes, it is the BJP which is setting the agenda and Mamata is at best reacting clumsily.

Mamata’s future, therefore, looks tense. Always quick to read the writing on the wall, the police and bureaucracy are reportedly beginning to drag feet. Trouble begins when they do, and sniff at a new master knocking on the door.