Anurag Thakur reached Leh on Wednesday morning to formally launch the party's poll campaign for the LAHDC, Leh which is going to polls on October 22. 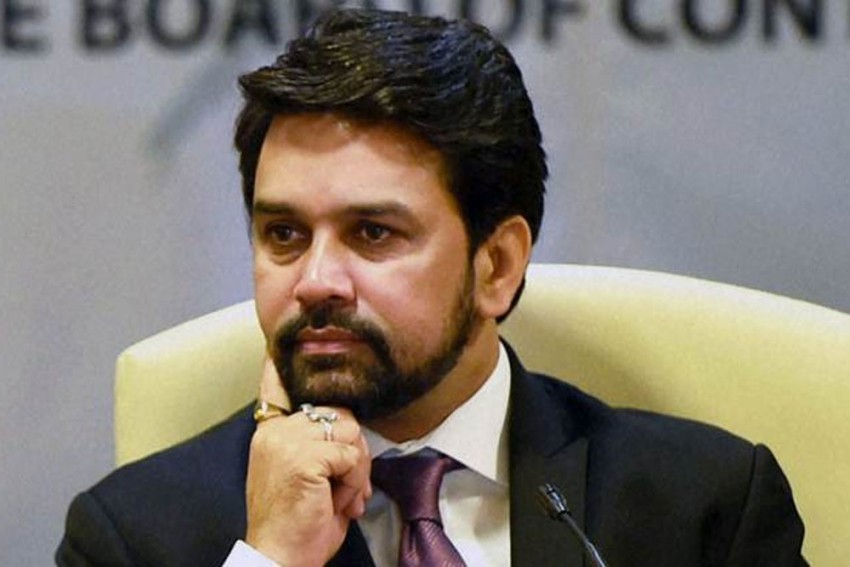 The Minister while talking about recent aggression by China along the Line of Actual Control said “the cause of China's trouble is not only the border area roads and bridges in Ladakh but also Ladakh's entire development.”

Thakur reached Leh on Wednesday morning to formally launch the party's poll campaign for the LAHDC, Leh which is going to polls on October 22. While addressing people in Leh, the Minister said Ladakhis need not to worry as they will get more than the Sixth Schedule.

“The Modi government is committed to provide more facilities under the Sixth Schedule to the people of Ladakh and to preserve the land, culture and unique identity of Ladakhis.”

"Ladakh is the crown of India and Prime Minister Narendra Modi is committed to safeguarding the interests of Ladakh and protecting its interests. Modi's six years reign is full of achievements and among the achievements, making Ladakh a Union Territory is a special one,” Thakur said.

He said the journey of development of self-reliant India is incomplete without Ladakh. “Even if there is slight tension on the border, then Prime Minister Modi does not sit in his house in Delhi but instead comes to the border and stands with the army, with the people of Ladakh, it shows Modi ji's love towards Ladakh and Ladakhis.”

Thakur said that China knows and has understood that the development of Ladakh is the dream of PM Modi and now this development is troubling China.  “The cause of China's trouble is not only the border area roads and bridges in Ladakh but also Ladakh's entire development. Roads are being built here, several schemes are being implemented to promote tourism, Leh Airport is being modernized, new terminal building is being built here which will be based on modernity as well as the art and culture of Ladakh,” he added.

Ahead of the LAHDC polls, prominent political leaders, political parties including the BJP and religious monks from the region formed the Peoples Movement of Ladakh demanding constitutional safeguards for locals of the region under Sixth Schedule of the Constitution.

On September 3, BJP led LAHDC Leh had passed a resolution, seeking safeguards under Article 371 of the Constitution of India or sixth schedule or domicile law, to protect the tribal rights of the indigenous people of Ladakh.

The BJP-led central government revoked Article 370 of the Indian Constitution and bifurcated Jammu and Kashmir into two Union Territories —Ladakh and J&K—on August 5, 2019.

The Sixth Schedule of the Constitution makes separate arrangements for the tribal areas. Fearing settlements by outsiders in Ladakh after abrogation of Article 370 and Article 35A on August 5, 2019, people in Leh region are seeking tribal status to preserve demography, land, environment and unique culture.