Even as the high drama was witnessed on the rear side of the complex, Leader of Opposition N Chandrababu Naidu led his Telugu Desam Party legislators on a foot march a few meters from the main entrance gate into the assembly. 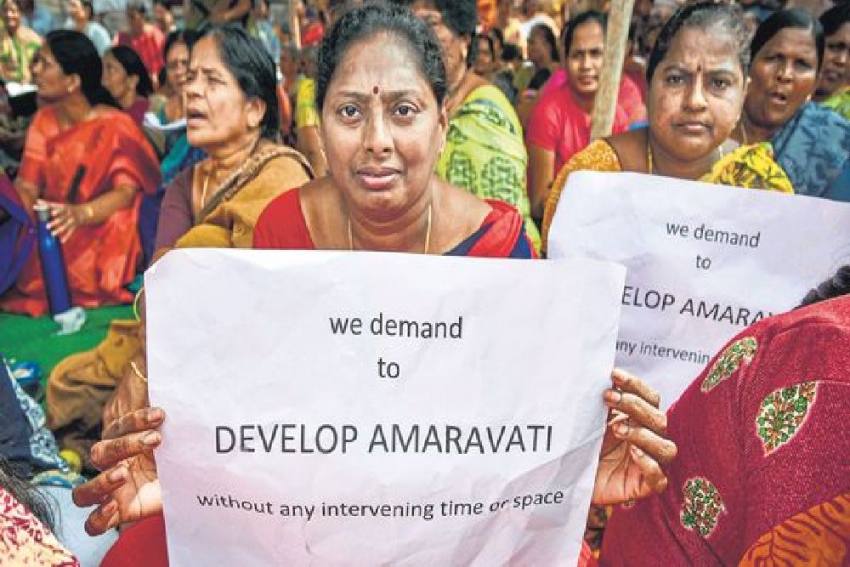 A file photo of a farmers’ protest in Guntur against the proposed plan for three capitals in Andhra Pradesh. (PTI)
PTI 2020-01-20T18:51:19+05:30 AP: Police Lathicharge As Protesters Reach Assembly To Oppose Relocating Capital 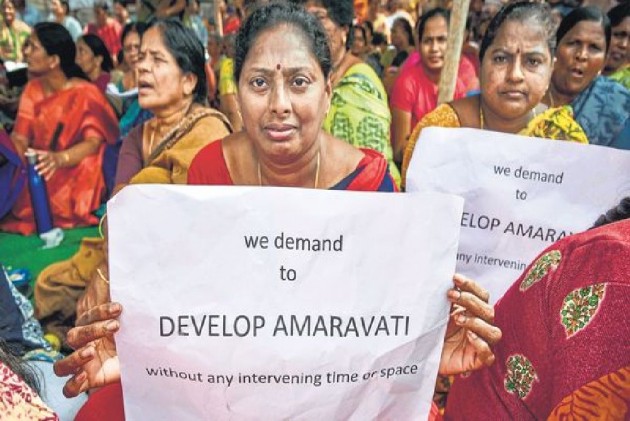 Defying prohibitory orders and breaking security cordon by armed personnel and others, hundreds of farmers and women of Amaravati region on Monday almost managed to reach the Andhra Pradesh Legislature complex protesting the introduction of bills for relocating the state capital.

Caught literally off-guard, the police resorted to lathicharge to quell the crowd as the key assembly session was underway just a few meters away.

Even as the high drama was witnessed on the rear side of the complex, Leader of Opposition N Chandrababu Naidu led his Telugu Desam Party legislators on a foot march a few meters from the main entrance gate into the assembly.

However, the TDP could not organise the Assembly siege programme as planned due to deployment of a strong posse of police force.

Police claimed six of their personnel sustained injuries in stone-pelting by the protesting farmers and others and said cases were being registered against those who defied the law.

As many as 5,000 police personnel, including several senior officers, were deployed for bandobast duties in view of the crucial three-day extended winter session of the
Legislature.

About 700 to 800 protestors, including a large number of women, from villages like Mandadam, Velagapudi and Tulluru ran across the barren fields and reached the rear periphery of the Legislature complex, much to the dismay of the police personnel.

The protestors even jumped over barbed wire fences placed by the police at various spots.

There was a dug up channel, filled with slushy water and weed, abutting the compound wall of the Legislature and Secretariat complex on the rear side that virtually acted as
the biggest barrier for the protestors from marching ahead.

Some of the protestors, however, stood waist-deep in the slushy water, holding placards and raising Save Amaravati slogans.

The protestors came from different villages and also Guntur city. Some of the followers of Guntur MP Galla Jayadev were also involved, he said.

Over 75 women were taken into preventive custody while cases were being registered against those involved in the attack on police personnel and violation of prohibitory orders
under Section 144 Cr P C and Section 30 of Indian Police Act, the SP said.

The Y S Jagan Mohan Reddy government introduced the AP Decentralisation and Inclusive Development of All Regions Bill, 2020 in the assembly to give shape to its plan of having
three capitals for the state, which is being opposed by farmers, who had given their land for development of Amaravati as the capital.