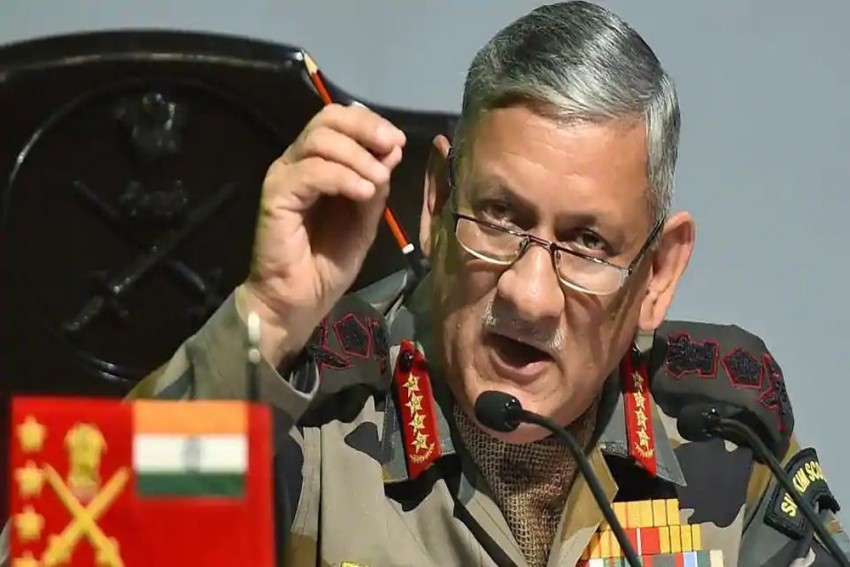 The Indian armed forces are operating in a very complex and uncertain environment and they must continue to enhance their capabilities as India's adversaries may take advantage if its military power is not up to the mark, Chief of Defence Staff General Bipin Rawat said on Tuesday. He also said that India is willing to share its military capabilities with friendly countries in the neighbourhood.

"We are today operating in a very complex, uncertain and volatile environment. There are small and big battles raging nearly in every region of the world. Therefore, we all need strong armed forces if we have to defend ourselves, defend our nation, defend the integrity of our nation and the safety and security of our people," General Rawat said.

The Chief of Defence Staff was speaking at the inaugural session of the fifth annual conclave of the Bharatshakti.in, a defence news portal.

General Rawat's comments come amidst a six-month border standoff between India and China in eastern Ladakh. Both sides have held a series of diplomatic and military talks to resolve the row. However, no concrete breakthrough has been achieved to end the standoff.

In a message, which was read out at the conclave, Prime Minister Narendra Modi cited various reform initiatives rolled out by the government in the defence sector to produce modern equipment and harness new technology as well as to infuse better synergy among the armed forces.

"We are marching ahead with the nation's collective resolve to build a modern and self-reliant India. Our resoluteness gets reflected in an unprecedented spirit of self-confidence in the defence sector today," Modi said.

In his address, General Rawat also spoke about challenges being faced by the armed forces operating in difficult and challenging environments. "Our navy operates in Indo-Pacific, an area which witnesses the largest concentration of white shipping. They have to develop technologies not only to operate on the surface but below the surface of the ocean as well in an environment which is becoming increasingly complex," the Chief of Defence Staff said.

He also added that the Indian armed forces require capabilities that no other armed forces in the world will require due to the unique challenges faced by India. Therefore, General Rawat said the kind of technology India is developing and the weapons systems that can find their way into the Indian inventory will be second to none.

"We are not hesitant in inviting foreign collaborators who can support our industry, hand-hold them and move on...We also want to share the capabilities with the other armed forces around the globe, particularly in the neighbourhood and in the extended neighbourhood," General Rawat said.

"We are willing to support those who need our support, especially those nations which are also going through troubled times and looking for good weapons systems," he added.