'... Armed Outfit May Exploit': Assam To Remain 'Disturbed Area' Under AFSPA For Another 6 Months

The 'disturb area' tag was last extended starting August 28, 2019, citing the “sensitive matter” of publication of the National Register of Citizens (NRC). 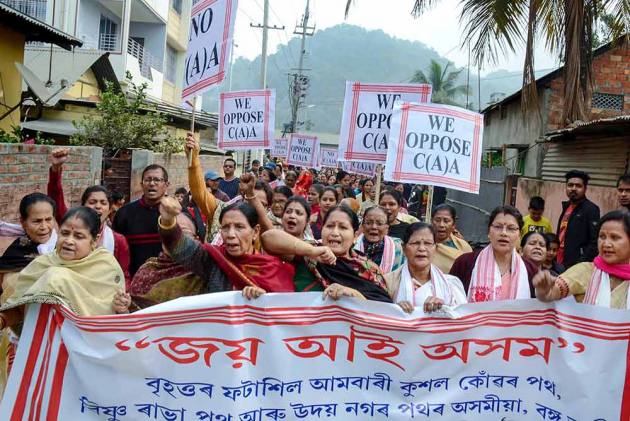 The Assam government has extended the status of "disturbed area" for the state by another six months under the Armed Forces Special Powers Act (AFSPA), saying the insurgent groups could take advantage of the law and order situation and lure the youth into following their footsteps over the displeasure due to the newly amended citizenship law.

“…the armed outfits may attempt to exploit the law and order situation that may arouse due to Citizenship (Amendment) Act, 2019 passed by Parliament of India on 11th December 2019 and attempt to lure misguided youths into its fold…” a statement from the state government said on March 17.

“Therefore, as per power conferred under Section 3 of the Armed Forces ( Special Powers) Act, 1958, the Government of Assam has declared the entire State of Assam as “Disturb Area” up-to 6 (Six) months beyond 28-02-2020, unless withdrawn earlier,” the statement added.

The "disturb area" tag was last extended starting August 28, 2019, citing the “sensitive matter” of publication of the National Register of Citizens (NRC). The final NRC list published on August 31 left out over 1.9 million people who are still waiting for official rejection slips, which will then form the basis of their appeals to the foreigners' tribunals.

The move comes amid an ongoing drawdown of the Indian Army from counter-insurgency duties in the state. The Indian Army was deployed in the state to tackle insurgency in the state in 1990 when it launched Operation Bajrang and then Operation Rhino against ULFA rebels. A defence source said the phase-wise drawdown from CI duties in most parts of the state barring upper Assam areas bordering Arunachal Pradesh and Nagaland is likely to continue.

AFSPA continues to be also in force in Manipur, Nagaland and parts of Arunachal Pradesh.

Insurgency in Assam has seen a steady decline over the years. In 2019, around 50 members of ULFA(I) rebels had surrendered. Post the signing of Bodo Accord in January, all the factions of the rebel outfit NDFB, too, disbanded and 1600 cadres surrendered arms.

However, post the passage of the contentious Citizenship (Amendment) Act, which led to widespread protests in the state including incidents of violence and arson in December, there have been reports of at least over a dozen youth leaving to join the banned ULFA(I).

Chandra Mohan Patowary, senior Assam cabinet minister, reportedly, told Assembly earlier this month that 573 people were arrested in the state in connection with the violence during the CAA protests.