The chargesheet submitted before the chief judicial magistrate also identifies the role of two civilians -- Tabish Nazir and Bilal Ahmed Lone -- in the case. 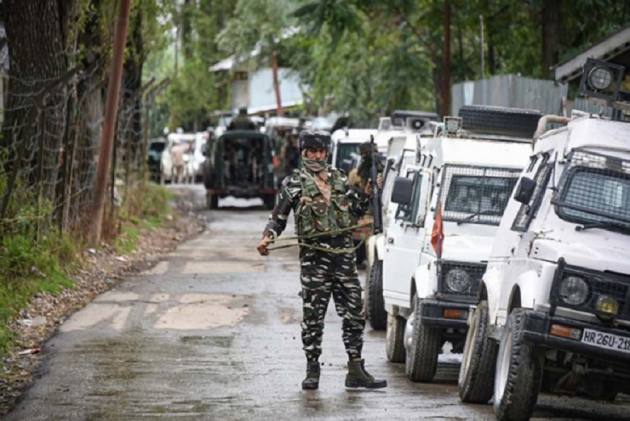 Police chargesheet filed in relation to the Amshipura encounter in Shopian claims that the army captain, involved in the alleged fake encounter that led to the death of three youths, had hatched a conspiracy along with two civilians to "grab" a reward money of Rs 20 lakhs. The accused also fired at the victims before him men could lay a cordon of the area, the police document adds.

The chargesheet submitted before the chief judicial magistrate of this district also shed more light on the role of two civilians -- Tabish Nazir and Bilal Ahmed Lone -- in the case.

Captain Bhoopinder Singh may face Court Martial proceedings, informed sources say. He is currently in Army custody for the case relating to July 18, 2020 encounter in which three youths of Rajouri district -- Imtiyaz Ahmed, Abrar Ahmed and Mohammed Ibrar -- were killed and branded as terrorists.

Lone has since turned an approver and recorded his confession statement before a magistrate.

After reports emerged on social media that the three youths were not associated with terrorism, the Army had ordered a Court of Inquiry which completed its probe earlier in September. It had found "prima facie" evidence that the troops had "exceeded" the powers granted under the Armed Forces Special Powers Act (AFSPA).

Following this, the Army had initiated disciplinary proceedings.

The identities of the three youths killed in Amshipura were confirmed through a DNA test and the bodies were handed over to their families in Baramulla in October.

General officer in Command of the strategically-located XV Corps, Lt Gen B S Raju had said earlier the Summary of Evidence had been completed and the Army will take the next course of action as per law.

Officials in the know of the development said the Captain may face a Court Martial proceeding for violating the powers vested under the AFSPA 1990 and for not following the dos and don't of the Chief of Army Staff as approved by the Supreme Court.

The chargesheet submitted by the Special Investigation Team of Jammu and Kashmir Police has listed 75 witnesses in support of its findings and has also provided technical evidence including call data records of the accused persons involved in the case.

The chargesheet also has the statements of four army personnel -- Subedar Garu Ram, Lance Naik Ravi Kumar, Sepoys Ashwini Kumar and Yougesh -- who were part of Capt Singh's team at the time of the incident.

They said that all of them along with the two civilians had left the Army camp together as there were reliable inputs that contact with terrorists was possible, according to the chargesheet.

On reaching the spot, all the four were asked to cordon off from different directions.

"…as they were approaching the spot on foot after disembarking from the vehicle they heard a few bursts of live ammunition even before they had laid the cordon," said the charge sheet, quoting the statements of the four.

Later Capt. Singh told them that he had to fire as the hiding militants were trying to escape.

"By staging the encounter," the chargesheet said, Capt. Singh and two other civilians also "purposefully destroyed evidence of real crime that they have committed and also have been purposefully projecting false information as part of a criminal conspiracy hatched between them with the motive to grab prize money of Rs 20 lakh".

It said the accused captain of 62 Rashtriya Rifles "furnished false information to mislead the senior officer and for getting" an FIR lodged to "tailor fit his motive for grabbing prize money in furtherance of criminal conspiracy".