India is in the process of repairing ties with Nepal, which took a hit earlier in the year over what was dubbed as a 'cartographic war' between the two countries. 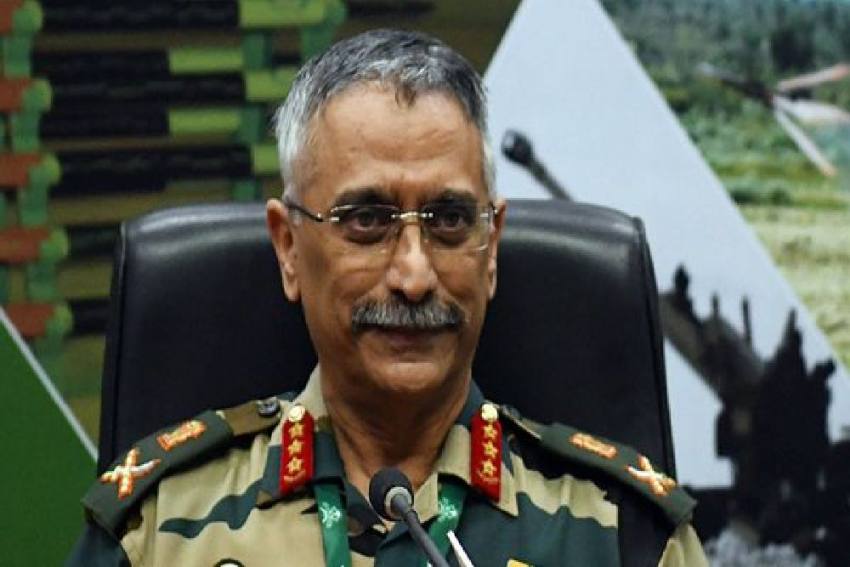 India’s army chief General Manoj Naravane will visit Kathmandu early next month as part of  New Delhi’s ongoing attempts to reboot Prime Minister Narendra Modi’s ‘Neighbourhood-First’ policy announced with much fanfare in 2014. After some degree of waffling, Delhi is now set to pay much more attention to its neighbours as fears of China’s influence in the neighbourhood continue to grow.

India is in the process of repairing ties with Nepal, which took a hit earlier in the year over what was dubbed as a “cartographic war” between the two countries. According to reports in the Nepalese media, the Indian Army chief’s visit was approved as early as February 3 this year, however, because of the Covid-19 pandemic, it had to be postponed.

Meanwhile, in Nepal, General Naravane will be conferred with an honorary rank of General of the Nepalese army. As part of a tradition between the two countries, Chiefs of both armies are honorary generals in each other’s armies. On Wednesday the Nepal army announced that the investiture ceremony will be presided by President Bidya Devi Bhandari. Naravane’s counterpart General Purna Chandra Thapa had received a similar honorary ranking by India in January 2019.

The Indian and Nepalese armies have maintained excellent ties that can be traced back to the early years after independence. Former army Chief General Ved Prakash Malik remembers receiving his sword and baton from the Nepalese King some 22 years ago.  A large number of Nepalese Gurkha soldiers serve in the Indian army. Currently, there are roughly 28,000 serving in India, General Malik said. Once their service is over, the Gurkha’s return home. But they receive a pension, medical benefits and all other perks that the Indian army veterans are entitled to in this country.

General Malik said, “The Indian army has strong military ties with their Nepalese counterparts. The close political relations between the two countries are supplemented by excellent military-to-military relations.” He said that during rough patches in bilateral ties, the army-to-army ties often help in clearing the ground for diplomacy to take over.

The current rough patch between India and Nepal has to do with a new political map that Delhi issued following the revocation of Kashmir’s special status and carving out two union territories from the erstwhile Jammu and Kashmir. When India issued the new map in November and included Kalapani, Lipulekh, and Limpiyadhura as Indian Territory, Nepal objected to it and is reported to have issued four protest notes to Delhi. Beyond that and urging for foreign secretary-level talks, Kathmandu did not do much. But the issue kept rankling the Nepalese establishment.

However, Nepal’s anger grew when on May 8, this year, Defence Minister Rajnath Singh inaugurated a new road in Uttarakhand running up to Lipulekh. General Naravane remarked at that time, suggesting that Nepal being nudged into action by a third country, made matters worse. Beijing’s ties with Kathmandu has blossomed under Prime Minister K.P.Sharma Oli. Without naming China, Naravane was hinting at that country.

Soon after, an angry Nepal issued its own version of events. In the tit-for-tat move, the new political map of Nepal clearly showed Lipulekh, Kalapani and surrounding areas within its territory.  There was uproar in Nepal over the Indian claim, egged on by supporters of Prime Minister KP Sharma Oli, who was in a tight political corner.

Oli succeeded in weathering the political storm and anti-India protests cooled down. New Delhi, however, has publicly made no moves to set up the foreign secretary-level dialogue that Kathmandu has wanted for long now.

General Naravane’s visit next month is likely to be the ice-breaker and is likely to be followed by a conversation between top diplomats of the two countries and perhaps a meeting of political leaders down the line. Both India and Nepal appear in the mood to repair relations.