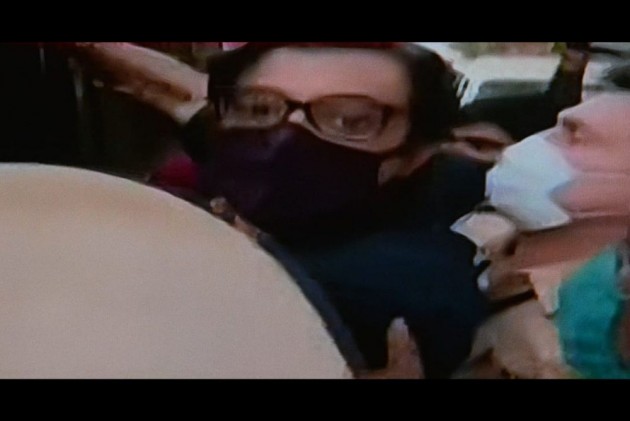 Republic TV Editor-in-Chief Arnab Goswami, arrested in connection with the alleged suicide of an interior designer, was on Sunday shifted from Alibaug to Taloja jail in Maharashtra's Raigad district, police said.

Goswami was moved to Taloja jail after allegedly being found using a mobile phone while in judicial custody at a school designated as Covid-19 centre for Alibaug prison, a police official said.

The Raigad crime branch found Goswami was active on social media using somebody's mobile phone, despite his personal mobile phone having been seized by police when he was taken into custody on November 4, the official said.

While being escorted to Taloja jail, Goswami shouted from the police van, alleging that he was assaulted by Alibaug jailer on Saturday evening, his life was in danger and he was not allowed to speak to his lawyer.

Meanwhile, in a statement, Samyabrata Ray Goswami, a senior executive editor of Republic TV and Arnab Goswamis wife, said he has been framed on fake charges.

"This morning, my husband, who has spent four nights in judicial custody, was being dragged and lugged by the Maharashtra Police in a blacked-out police van to Taloja Jail. He was repeatedly saying my life is under threat but to no avail.

"He repeatedly said that the jailer assaulted him after he asked for access to his lawyers, which was shockingly denied. He detailed the assault being inflicted on him during this custody and pleaded, hands folded, to the Supreme Court for intervention and bail," she said in the statement.

"An innocent man and journalist of decades of repute, who is doing his duty for the nation, has been assaulted, harassed and framed on fake charges. He has been thrown into jail with no reprieve, she said.

Former BJP MP Kirit Somaiya said he met Taloja prison jailer, who assured him that Goswami will not be harassed and
also be provided required medical treatment.

Goswami and two others - Feroze Shaikh and Nitish Sarda - were arrested by Alibaug police on November 4 in connection with the suicide of architect-interior designer Anvay Naik and his mother in 2018 over alleged non-payment of dues by companies of the accused.

After his arrest from his Lower Parel residence in Mumbai, Goswami was taken to Alibaug, where the Chief Judicial Magistrate remanded him and the two others in judicial custody till November 18.

Goswami was then kept at a local school which has been designated as a Covid-19 centre for the Alibaug prison.

The Bombay High Court will on Monday pronounce its order on the interim bail application filed by Goswami and the two others in connection with the abetment of suicide case.

A notice issued late Saturday night on the high court's website said the bench would assemble at 3 pm on November 9 for pronouncement of the order.