Former bureaucrat, Wajahat Habibullah warns that the law and order situation in the Valley, after central government's move on Article 370, could spiral out of control when curfew is lifted in Kashmir. 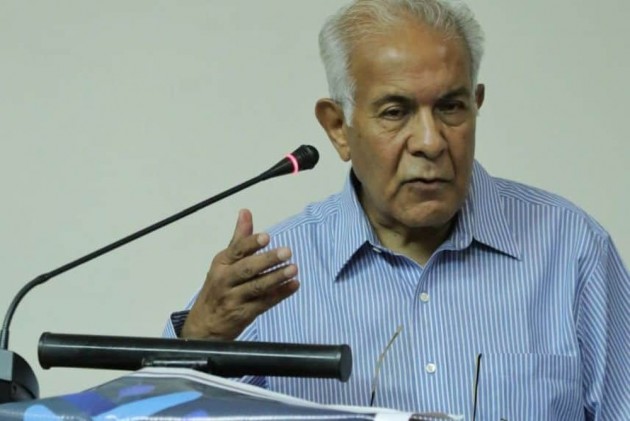 The union government's decision to scrap Article 370 of the Constitution that granted special status to Jammu & Kashmir is a "betrayal" of the people and will "only deepen the ongoing crisis of confidence and credibility" between the state and the Centre, former interlocutor for J&K, Wajahat Habibullah, said.

Speaking to the Outlook Magazine on the resolution moved by the Home Minister Amit Shah in Rajya Sabha Monday and the subsequent Constitution (Application to J&K) Order 2019 signed by President Ram Nath Kovind, which effectively scrap the special status enjoyed by the state, Habibullah said he was "absolutely sure that the decision will be challenged in the Supreme Court on its constitutional tenability".

"The government has made the same grave error which the earlier regimes in New Delhi have often committed -- looking at the ongoing crisis in the Valley as a problem common for Jammu and Kashmir, instead of addressing the issues specific to Kashmir. The government's move will achieve further disruption because the Muslim majority Valley will never trust New Delhi or even Jammu," Habibullah, a retired IAS officer, who served as divisional commissioner of eight Kashmiri districts in the early 1990s, said.

Blog | The Little Sleep I Get Is Filled With Nightmares About Home: Kashmiri Living In Delhi On J&K

What Is Article 370? All You Need To Know

Habibullah agreed that Article 370 was a "temporary provision" in the Indian constitution -- a view advanced by votaries of scrapping the special status to the state -- but said that historical and administrative significance of the provision and that of Article 35A cannot be brushed aside without consultation with stakeholders and a political consensus.

The government's move, Habibullah adds, shows that it has "zero commitment towards democratic values of dialogue and consensus building".

"The scrapping of Article 370 in the manner adopted by the government has left no middle ground, no scope for confidence building...It is a black day."

The author of two books -- My Kashmir: The dying of the light and The Political Economy of the Kashmir Conflict -- told the Outlook Magazine that he fails to understand how the scrapping of Article 370 will improve governance or the law and order situation in J&K.

"The government plans to take away the full statehood of J&K as well as its special powers. So, Jammu and Kashmir will be made a union territory with a state legislature and a Lt. Governor while the Ladakh region will be a Union Territory without a legislature, directly under central administration. What does this achieve for improving governance? Look at the conflicts between chief ministers and Lt. Governors in UTs like Delhi and Puducherry-- the issue of separation of powers between the two power centers hasn't been resolved there and you're going to create the same problem in J&K now," Habibullah said.

The former bureaucrat also warned that the law and order situation in the Valley could "spiral out of control" when curfew in the region is lifted.

At a time when US president Donald Trump has already triggered a crisis by offering to mediate a settlement between India and Pakistan on the issue of Kashmir, Habibullah said the Narendra Modi-led government couldn't have made a bigger gaffe.

"What is the message you are trying to send to the world or those within the country who are invested in the well-being of Kashmir - that you could not even manage to keep the state of J&K together but want everyone to believe that Kashmir's interests will be protected by the Indian regime...This is a disaster to begin with".