National Conference leader Farooq Abdullah paid tributes to his father Sheikh Abdullah on his birth anniversary in Srinagar and stressed the need to continue the struggle to restore Article 370 and Article 35A in Jammu and Kashmir. 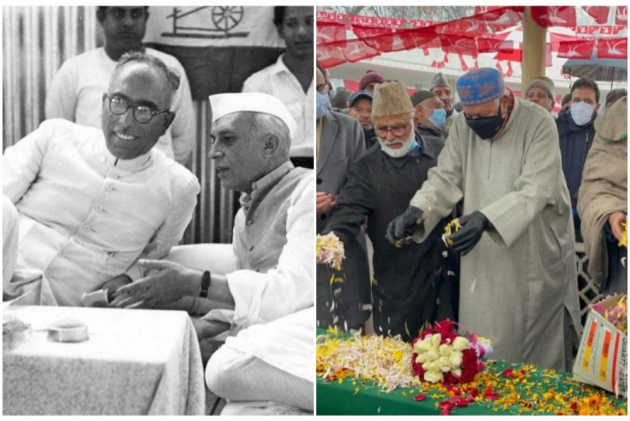 Hundreds of National Conference workers turned up at Sheikh Mohammad Abdullah’s highly guarded mausoleum at Hazratabal at the banks of Dal Lake on Sunday. On the sombre occasion, his son Dr Farooq Abdullah appeared both angry and grieved at the same time.

Advising his party workers to offer daily prayer, Abdullah further asked them to prepare to launch a struggle for the restoration of Article 370 and Article 35A.

“The Centre repealed farm laws after the sacrifices of 700 farmers. We may also have to offer similar sacrifices to get back the rights that have been snatched from us by the Centre,” he said amid cheers. 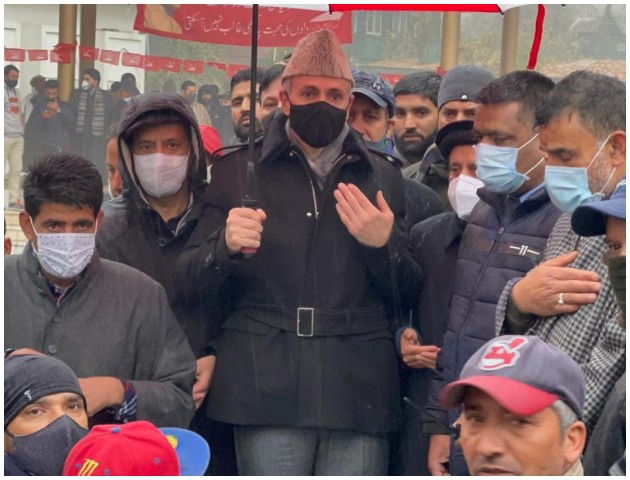 According to Professor Gul Wani, department of political science, University of Kashmir, the attempt to draw parallels between abrogation of Articles 370 and 35A and the farm laws was a deliberate move by the NC leader.

"Dr Farooq Abdullah is trying to draw a parallel between farmers’ struggle and the struggle for the restoration of Article 370 deliberately to convey to the Centre that his political fight will be peaceful and within the ambit of Indian constitution," Wani tells Outlook.

Wani further elaborated that the reason for Abdullah's focus on Article 370 is because it symbolized his father and former J&K CM Sheikh Abdullah's and the National Conference's political ideology since the 1974 Indira-Sheikh accord.

"After the abrogation of Article 370, National Conference continues to function as a political force but it has lost its ideological basis," he adds.

National Conference has been saying that unparallel land reforms in J&K, known as "land to the tiller" in common parlance, would have been impossible in Jammu and Kashmir had there been no Article 370. Over the years the National Conference has justified Sheikh’s role during the 1947-48 accession of J&K with India with the latter being a secular nation that allowed Jammu and Kashmir to have distinct identity under Article 370 and Article 35A. Such an identity, according to the NC, wouldn’t have possible in “theocratic Pakistan.” 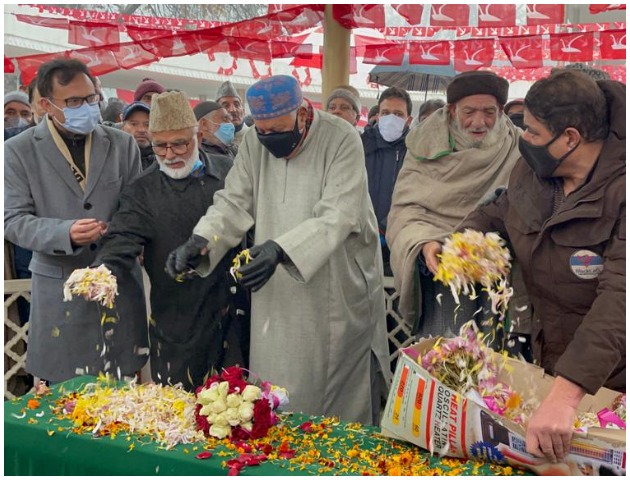 Articles 370 and the National Conference

Under Article 370, Jammu and Kashmir including Ladakh had a separate constitution called the constitution of Jammu and Kashmir and also Article 35A was prohibiting people from outside from buying property in Jammu and Kashmir and ensuring job reservation for residents. Article 35A would empower the Government of J&K to define a class of persons as constituting “permanent residents” of the erstwhile State. Also, it would allow the government to confer on these persons’ special rights and privileges with respect to matters of public employment and acquisition of immovable property in the State.

On August 5, 2019, the Centre amid siege, lockdown and arrests of nearly 8,000 persons, abrogated Article 370 and Article 35A of the Constitution, bifurcated and downgraded J&K into two Union Territories, J&K and Ladakh. The government also took three former chief ministers of the state, Dr Farooq Abdullah, Omar Abdullah and Mehbooba Mufti into custody.

“National Conference throughout its history has tried to readjust its programme, its public outreach and above all its political ideology. The most prominent example of it is 1972. That year National Conference decided to participate in the Panchayat elections. It is a different question that nomination papers of its candidates were not accepted. After the 1974 Indira-Sheikh accord they had to readjust its politics due to dynamics of power that include the dismemberment of Pakistan in 1971,” says Prof Wani.

In 1990 when an armed insurgency broke out and the government imposed presidential rule in the State, it made a serious dent in the politics of the state. “Farooq Abdullah had to leave for London to come back after six years in 1996 when he was promised autonomy or something short of it,” he says

In the same year, the then Prime Minister PV Narasimha Rao chose Ouagadougou in Burkina Faso to reiterate that the "sky is the limit" as far as autonomy to Kashmir was concerned. But nothing was restored and the autonomy resolution passed in 2000 by the Farooq Abdullah government was rejected by Prime Minister Atal Bihari Vajpayee-led NDA government. The latter stated that the clock cannot be turned back. Indira Gandhi had also said the same words to Sheikh Abdullah’s demand for the restoration of autonomy of Jammu and Kashmir in the early 1970s.

“Now abrogation of Article 370 is a serious situation for political parties in Jammu and Kashmir, more so for National Conference. In Sheikh Abdullah’s entire ideological project, even the political project of his party, Article 370 was the only link even though it was in the weakest form. Now, it has been abrogated. Jammu and Kashmir which was the largest princely state under the British Raj has now been dismembered and bifurcated and turned into Union Territory. There remains nothing,” Prof Wani says. 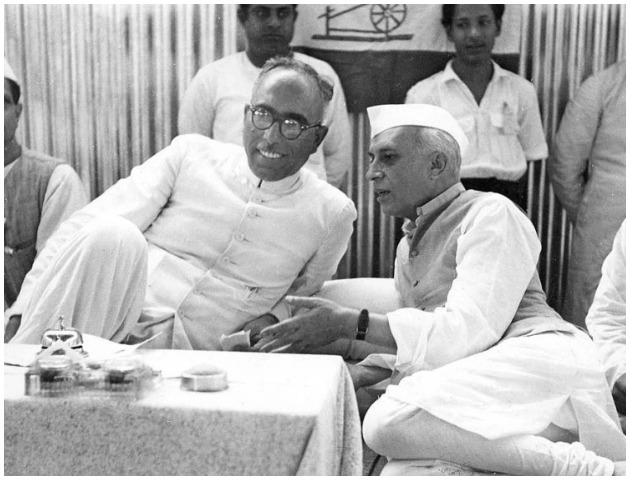 “Sheikh Abdullah had differences with Jawaharlal Nehru or Gandhi but they were his fellow ideological travellers. Now we see a complete breakdown of the Nehruvian project in India and it also took its toll in Kashmir when Article 370 was thrown out lock stock and barrel. Obviously, Farooq Abdullah might be finding himself in an ideological and political vacuum and he must be feeling neither in air, nor his feet on the ground,” Prof Wani tells Outlook.

Others say the "Sheikh political project" had lost relevance in 1953 itself. “Sheikh Abdullah was elected Prime Minister with the majority of members voting for him. Some say thousands died when he was arrested on August 9, 1953. Then after long incarceration in 1974, he accepted Indira-Sheikh Accord thus certifying what was done to Jammu and Kashmir in 1953. Otherwise, we would have been fighting for 1953 if not 1947,” a political leader tells Outlook on condition on anonymity.  “But August 5, 2019, is the complete annihilation of Sheikh Abdullah and NC's political project,” he adds.

The J&K-based leader adds that there are two sets of parties now in J&K -  those who have accepted the defeat after the abrogation of Article 370, and others who are fighting so that at least something can be retrieved. But observers here have an agreement that August 9, 2019, was the last blow to Sheikh’s political ideology with both land and the tiller under threat.

Former vice-chancellor Islamic University of Science and Technology Prof Siddiq Wahid, however, says, "Nothing in history is irrelevant, because everything that has happened is evidence for our present. Sheikh Abdullah is, whether you agree with him or not, a part of the history of Kashmir and of the Jammu and Kashmir State - in its entirety. To try to wish him away is to deny the truth of events in Kashmir and, indeed, in South Asia. It is, in short, to deny history. And that is always disastrous."