A year after Article 370 was abrogated, Iltija Mufti, daughter of Former Jammu and Kashmir CM Mehbooba Mufti speaks to Outlook on the ramification of the move. 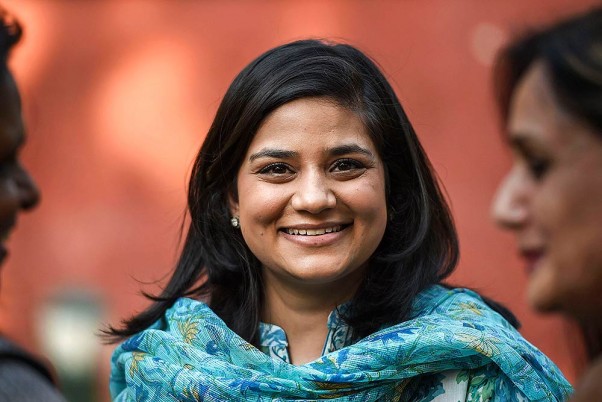 It has been a year since Article 370 was revoked. What are your thoughts on it?

This was done to disempower and humiliate the people of J&K. The ramifications of this ill thought-out, illegal  and unconstitutional decision is for everyone to see. Economy has suffered, kids have lost an entire academic year, people are in distress and the sense of alienation between people and the rest of India has only increased.

Apart from political ramifications, it has not been an easy year for you personally as well. Can you tell us how challenging it has been for you?

It was incredibly difficult but I think this will not be an appropriate time to talk about it. The larger focus and debate should be about how much people of J&K suffered and why was this done? It was done to satisfy the collective communal conscience of BJPs electorate that doesn't care if Union Government is unable to handle real issues but seems satisfied as long as they keep punishing and persecuting Muslims and minorities

Revoking Art 370 was done in the Parliament. So how can you raise questions and call it illegal?

Just because a government enjoys a brute majority doesn't mean it is acceptable for it to push anti-constitutional laws and bills. The Citizenship Amendment Bill was patently against the spirit and values of the constitution but was still passed. If people all over India could protest against it, why don't people of J&K have the same right to express peaceful dissent? Why such double standards?

Why do you think Mehbooba Mufti continues to be detained while the other two CMs have been released?

The Government Of India wants to make an example out of her and create fear psychosis. Her arbitary detention, the split orchestrated in PDP by Delhi are all sequential examples of what happens if a mainstream leader refuses to accept BJPs narrative and warped discourse. Clearly their aversion to any debate on Article 370 is palpable and visible to all. It also serves the purpose of striking fear in the hearts of people here.

How has the situation changed post August 5, 2019? Why is there an eerie silence in Kashmir?

Isn't the eerie silence self explanatory? What does one expect when an entire state is turned into an open air prison? No one here is really free to express their opinions. The Press is harassed, mainstream leaders detained, youth packed off to jails in Agra.