He also asked the Congress not to give an impression that India is divided on how to fight terrorism. 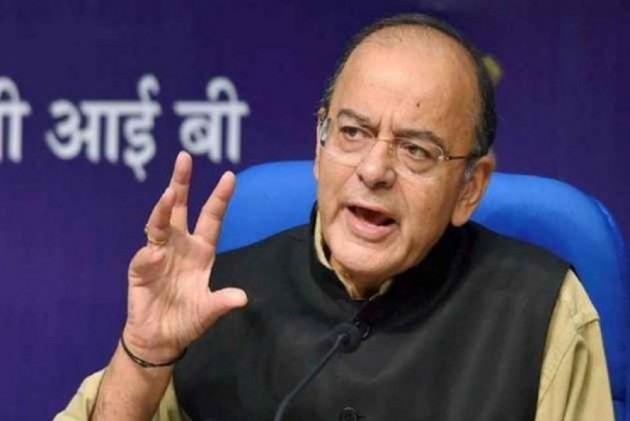 Union Minister Arun Jaitley on Friday hit out at Congress for appointing surgical strike architect D S Hooda to head a national security task force, saying it is "intriguing" that the party which ruled India for half a century needs to be educated on national security issues.

He also asked the Congress not to give an impression that India is divided on how to fight terrorism.

Acknowledging General Hooda as an experienced and distinguished former officer of the Indian Army, Jaitley said, "I have not the least doubt that he would give very valuable advice to the grand old Party".

In a blog, the Finance Minister said the appointment of the retired General is significant as it is a "belated and grudging" recognition and acceptance of the surgical strikes with which Hooda was intrinsically associated.

"I am sure the Head of the Advisory Panel would educate the Party leaders that the surgical strikes were no routine step which had been taken several times in the past, but a significant first for India," he said.

The Congress has been accusing the Modi government of politicising the surgical strikes.

On September 29, 2016, the Army had carried out the strikes on seven terrorist launch pads across the Line of Control (LoC) in retaliation to an attack on its base in Uri earlier that month.

Jaitley, who also held the defence ministry portfolio for a brief period in the NDA government, further said the Congress which has ruled the country for over half a century "should need to be educated on national security concerns is somewhat intriguing".

He hoped the experts would render to the Congress President on strategic issues while highlighting "some of the basic points" which are integrally connected to consistency on the issue of national security.

"Do not give an impression to the world that India is divided on how to fight terrorism. When the world is rallying around India, the Opposition in India should not be striking a discordant note," the minister said.

Further, next time if extremists and separatists raise slogans on how to break India (the JNU incident), no one from mainstream parties should pay a supporting visit to them, Jaitley said and added there is no freedom of speech to advocate a breakup of India.

"Our Armed forces are amongst the most professional organisations which have served this country exceedingly well. They work under civilian command and maintain an arm's length distance from the internal politics of the country.

"Politicians of any shade of opinion should not get into a slanging match with any of the services personnel or their Chief. The Chief of a Force can't be described as a 'Sadak ka Goonda'," he added.

Referring to the Ishrat Jahan case, Jaitley said when intelligence agencies conduct anti-insurgency operations along with the security forces do not let lose investigative agencies on the intelligence and security network of India.

Ishrat Jahan, a 19-year-old woman from Mumbra area of Thane district near Mumbai and three others were killed by the police in an encounter in 2004. Police had claimed that the four had terror links and had plotted to kill then Gujarat chief minister Narendra Modi.

"I am sure there would be many serious inputs relating to the security strategy that experts would give to the Congress Party.

"Ordinary patriotic Indians who do not have the benefit of strategic inputs would also know the response to the above points," the minister wrote in the blog titled 'What it's Advisor’s Must Tell the Congress Party on National Security'.

In an apparent reference to the Congress raising the Rafale jet deal issue, he said political parties should not politicise defence procurement on false and imaginary facts for petty gains as it hurts defence preparedness. PTI