A sessions court in Mumbai had rejected Aryan Khan’s bail plea on Oct 20. His lawyer filed a petition before the Bombay High Court the same day and the court agreed to hear it on Oct 26. 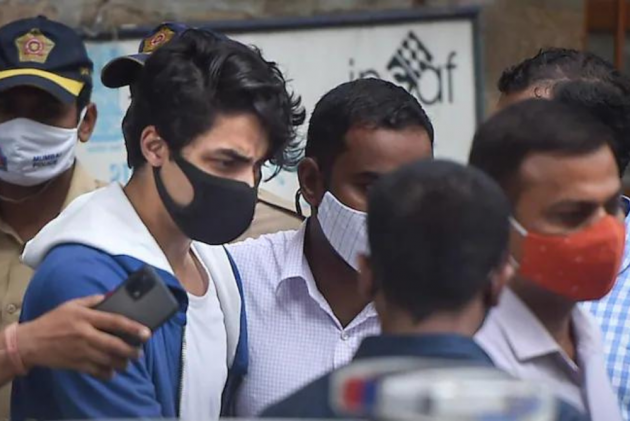 A section of lawyers has demanded parity in the urgent hearings of bail applications by their respective clients, questioning the Bombay High Court’s wisdom in giving preferential treatment to Bollywood superstar Shah Rukh Khan’s son Aryan Khan, arrested in an alleged drug bust on a cruise ship in Mumbai.

Aryan Khan’s bail application will be heard by the High Court today. The sessions court in Mumbai had rejected Aryan’s bail plea on October 20. After that, his lawyer filed a petition before the Bombay High Court the same day and the court agreed to hear it on October 26.

Ahead of the hearing, the lawyers have expressed surprise at the preferential treatment to celebrities though their clients’ bail applications have been pending in different matters for several months as the High Court has not given any date to hear them. Rough estimates put the number of pending cases in various courts of India at 3.25 crores.

“We have no problem with the early hearing of Aryan Khan’s case but why is the High Court treating different cases differently so far as giving dates to hear bail application is concerned,” said Anand S. Jondhale, a Supreme Court advocate who also practices in the Bombay High Court. Jondhale alleged that one of his clients has been in jail for several months and the Bombay High Court is not giving a date to hear the bail application.

“The law in the country doesn’t say that a Bollywood star’s son case will be heard on priority whereas other accused will languish in jail for an indefinite period,” he added.

Another advocate, Douglas Lopez, who practices in Bombay High Court, filed a bail application on October 13, 2021, but the matter hasn’t been listed yet despite repeated requests for an urgent hearing According to him, his client is a government employee in Telangana has been wrongly framed in a case of abduction. He is in jail for about two months and he might lose his job if his case is not heard on priority.

“I am not saying that the court should give me any relief. I want the court to hear my case on merit and pass an order. If it rejects it, at least I can go to the Supreme Court with my plea. My client has no option but to be in jail for a false allegation,” Douglas said. He added, “Why is being an ordinary citizen a crime in this country?”

Advocate Amrit Pal Singh Khalsa has a similar grievance. His client Akash Ajit Nikam alias Akya has been in jail since September 2015 in an allegedly false murder case.

“In the past six years, the police have been able to file only the charge-sheet. I filed my bail application on May 25, 2021, and I have mentioned my case 15 times before the court. I have demanded to list my clients’ case early but the court hasn’t given any date yet,” Khalsa said.

He added, "Thousands of bail applications have been pending for months and years and courts in the country don't have time to hear them. But if a celebrity's case comes, they postpone common citizens' case and hear it on priority. Forget about common man, it is the court which is making a mockery of laws and rules of the country."

In 2020, when television journalist Arnab Goswami was arrested by Mumbai Police, his swift bail proceedings raised many eyebrows. The Republic TV editor was arrested on November 4 and was remanded in judicial custody the next day, as opposed to the standard 14-day police custody. His bail plea was heard by the Supreme Court on November 11. The court granted him bail on a personal bond of Rs 50,000.