On Monday, a lawyer approached the Mumbai police with a complaint seeking registration of an FIR against Sameer Wankhede and five others on charge of alleged extortion in connection with the Aryan Khan drugs case. 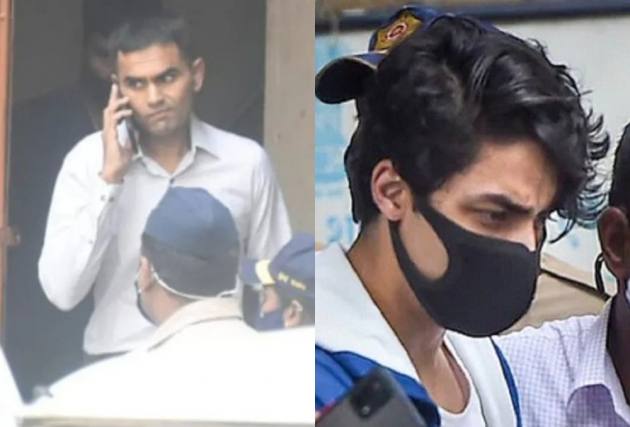 In the latest development in the Mumbai cruise ship drugs case, demands for an FIR against Narcotics Control Bureau (NCB) zonal director Sameer Wankhede have been growing. On Monday, a lawyer approached the Mumbai police with a complaint seeking registration of an FIR against Wankhede and five others on charge of alleged extortion in connection with the drugs-on-cruise case.

Who is seeking FIR against Sameer Wankhede and why?

Lawyer Sudha Dwivedi submitted a written complaint at the MRA Marg police station and also to the offices of Joint Commissioner of Police (Crime) Milind Bharambhe and the state Anti-Corruption Bureau.

In the complaint, Dwivedi has demanded registration of FIR against Wankhede and five others, including NCB witnesses in the drugs case Prabhakar Sail and KP Gosavi, and a person named Sam D'Souza over alleged extortion charge.

"We have received the complaint, but no FIR has been registered till now," another official said.
The complaint comes a day after Sail claimed an extortion bid of Rs 25 crore by some NCB officials, including Wankhede, and others for letting off accused Aryan Khan, son of actor Shah Rukh Khan, in the drugs case.

What are the accusations against Wankhede?

According to a report in NDTV, Prabhakar Sail, who claims to be K.P. Gosavi's personal bodyguard, said that he heard about the deal in a conversation between K.P. Gosavi and a person named Sam D’Souza. Of the Rs 18 crore, Rs 8 crore was to be given to Wankhade.

He also said that the same evening there was a meeting between K.P. Gosavi, Sam D’Souza and Shah Rukh Khan’s manager Pooja Dadlani inside a car. Prabhakar Sail claimed that he received cash from Sam D’Souza and handed over the money to K.P. Gosavi, whose selfie with Aryan Khan had gone viral.

Who are Prabhakar Sail and KP Gosavi?

Sail and Gosavi are both witnesses in the drugs case. Sail said he was the bodyguard, Gosavi, the "independent witness" in the case who is absconding after the NCB raids that were conducted on October 3 at the cruise terminal on Mumbai's coast leading to the arrest of as many as 20 people, including Aryan Khan.

What has Wankhede said?

Wankhede has denied the allegations being made against him in this case.

Earlier in the day, the IRS officer and the NCB filed two separate affidavits before a special court against the allegations of extortion attempt levelled against them.

Wankhede, in his affidavit submitted to the court, refuted the allegations levelled against him, and claimed he was under a "lurking threat of arrest as it does not suit some vested interests for conducting an honest and impartial investigation".

However, the special court said it cannot pass a blanket order barring courts from taking cognizance of an affidavit prepared by Sail in which he has made allegations of extortion attempt by Wankhede and others.

Here's a look at the timeline of events that have happened so far:

Oct 2: A Cordelia cruise from Mumbai to Goa was raided by the Narcotics Control Bureau (NCB) where they seized 13 gms of cocaine, 5 grams mephedrone, 21 grams charas and 22 pills of MDMA or Ecstasy, and detained several people including a ‘Bollywood megastar’s son’

Oct 3: Bollywood superstar Shah Rukh Khan’s son, Aryan Khan gets arrested along with his friends Arbaaz Merchant and Munmun Dhamecha. After undergoing tests, the accused were produced in front of the magistrate, who sent them to a one-day NCB remand.

Oct 4: In front of the magistrate, the NCB claimed to have discovered texts on Aryan Khan’s phone pointing to international drug trafficking. The court allows NCB to keep the accused under their remand for three days till October 7.

Oct 7: Court denies further custody sought by the agency and says grounds cited for further custody are vague. Simply remanding them in custody would amount to a violation of their fundamental rights guaranteed under the constitution. Remands them in judicial custody. Aryan seeks bail.

Oct 8: Magistrate rejects bail plea of Aryan, Arbaaz and Munmun. Says plea not maintainable before it.

Oct 9: Aryan seeks bail before a holiday sessions court. Says he is falsely implicated and that no drugs were recovered from him, as also admitted by the NCB.

Oct 11: His advocates seek an urgent hearing of his bail plea. NCB asks for more time in filing their reply to the bail application. Court asks NCB to reply on Oct 13.

Oct 13: Special NDPS court hears the bail petition, postpones it till the next day.

Oct 14: Special court reserves its order regarding the bail plea till October 20.

Oct 20: Special NDPS court rejects Aryan Khan’s bail plea, releasing an 18-page order stating that there is evidence against actor Shah Rukh Khan's son Aryan Khan which suggest that “shows the nexus of the applicant/accused no.1 (Aryan Khan) with suppliers and peddlers”.

Oct 21: The legal counsel for Bollywood superstar Shah Rukh Khan’s son, Aryan Khan informed that the Bombay High Court will hear the bail petition of Aryan Khan in the drugs-on-cruise, on October 26. In his petition Aryan Khan said that Narcotics Control Bureau's "interpretation and misinterpretation" of the WhatsApp chats collected from his mobile phone was "wrong and unjustified".