As Bodies Pile Up In Mortuaries, Delhi Govt Allows Use of Wood For Cremating Covid Victims

The Delhi High Court had initiated on its own a PIL to deal with backlog in disposing COVID-19 bodies, saying if this was the correct situation then it was 'highly dissatisfactory and violative of the rights of the dead'. 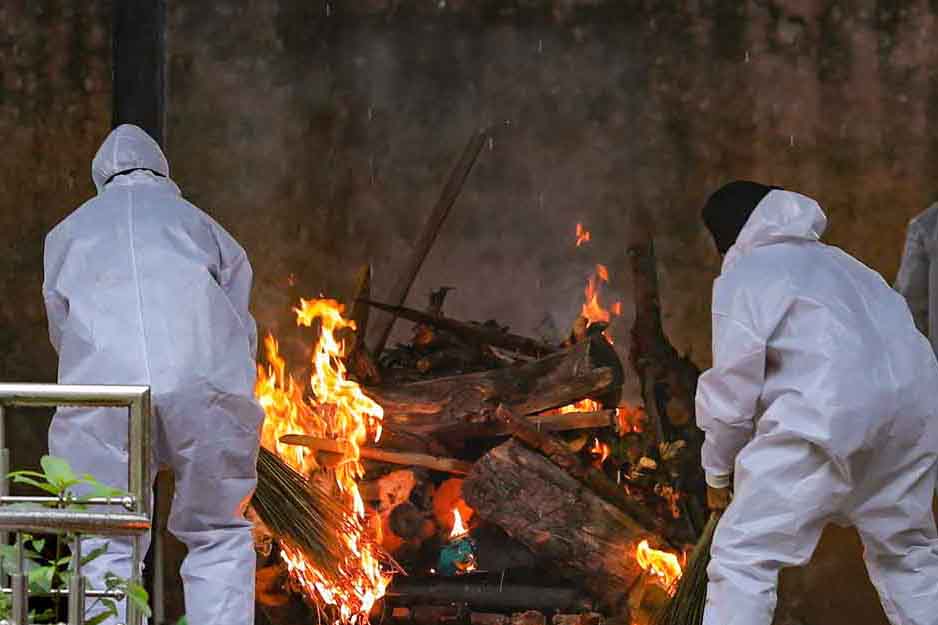 A day after the Delhi High Court expressed anguish over the backlog in disposing COVID-19 bodies that has come up owing to non-functioning of CNG furnaces at the crematoriums in Delhi, the AAP government has allowed the use of wood to cremate bodies of Coronavirus confirmed and suspected patients.

Anguished by lack of facilities to cremate those who died due to COVID-19 and the bodies piling up in the mortuaries, the high court on Thursday had initiated on its own a PIL to deal with the issue, saying if this was the correct situation then it was "highly dissatisfactory and violative of the rights of the dead".

"We, as citizens of Delhi are pained at the aforesaid state of affairs and as judges find the situation as reported and if true, to be highly dissatisfactory and violative of the rights of the dead."

Noting that inside the COVID-19 mortuary of Lok Nayak Jai Prakash (LNJP) Hospital in Delhi, there are 108 bodies; all 80 storage racks are full and there are 28 bodies on the floor, piled on top of each other, the court asked Delhi Government Standing Counsel Ramesh Singh and the legal counsels of various Municipal Corporations in the national capital to take instructions and present the facts before it.

During Friday's hearing, Delhi government's additional standing counsel Sanjoy Ghose informed the court that urgent steps were taken to remedy the situation, including that LNJP Hospital being authorised to divert bodies to crematoriums at Panchkuian and Punjab Bagh, as opposed to only Nigambodh Ghat.

The Delhi government has also extended the working hours of crematoriums. Now, instead of 9 a.m. to 4 p.m. they will be open from 7 a.m. to 10 p.m.