As Covid Cases Soar In Telangana, Opposition Questions KCR’s Handling Of The Pandemic

The Congress has also blamed the state police for its failure to reign in those who are violating Covid-19 norms and holding social gatherings. 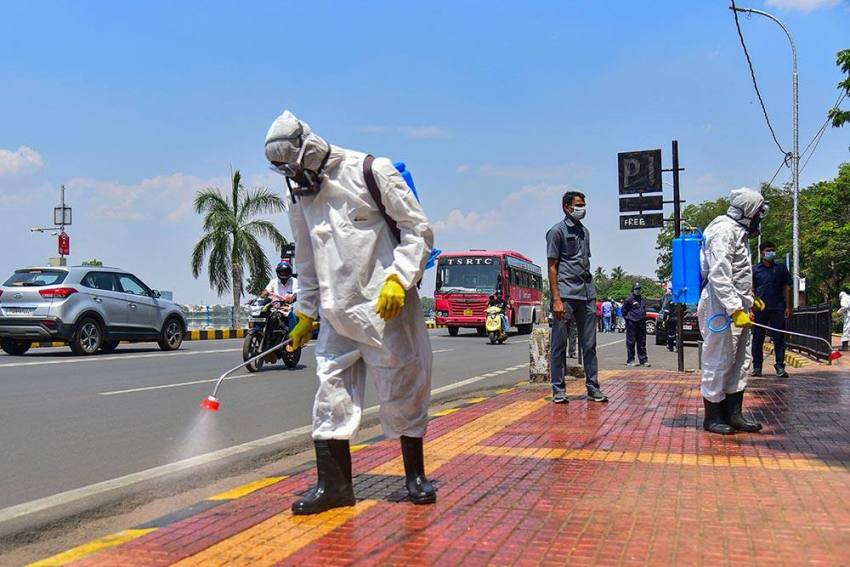 The death of two top jewellers in Hyderabad due to Covid-19 after one of them threw a birthday bash for over a 100 hundred of his family and friends has once again brought Telangana's handling of the pandemic in question. There are reports that the chief minister K Chandrashekar Rao is himself in self quarantine, and that his home minister, Mohammad Ali, along with more than 30 people of the  secretariat staff have tested positive. The state has already crossed 20,500 cases, with an alarming single day spike of 1,200 cases on Sunday.

The opposition has lost no opportunity in attacking the ruling Telangana Rashtra Samithi (TRS). The Congress Working President Revanth Reddy blamed the state police for its failure to reign in those who are violating Covid-19 norms and holding social gatherings. Similar views were also expressed by the state BJP Chief Spokesperson Krishna Saagar Rao. He said his party’s demand for conducting more Covid-19 tests among people is being ignored by the government. The health minister Etela Rajender has miserably failed and his inefficient handling is evident from the spread of the disease, he said.

The director of medical and health services Dr G Srinivasa Rao, told Outlook the ‘rich and affluent’ are violating the Covid-19 norms, in spite of government’s efforts to rein in. “The affluent have become spreaders of the pandemic while the poor and middle-class are adhering to the standard operating procedures well," he said.

The Central team has visited Telangana twice and both times expressed its displeasure on the government's handling of the pandemic. It visited the state-run hospitals and were unhappy with the facilities there. So far, the official death toll of the pandemic is 285 as of last week in Telangana but the Opposition alleges the figure may be much higher.