Those having received both doses of the vaccine will be exempted from this on producing valid vaccine proof/certificates, a detailed Disaster Management Cell advisory said. 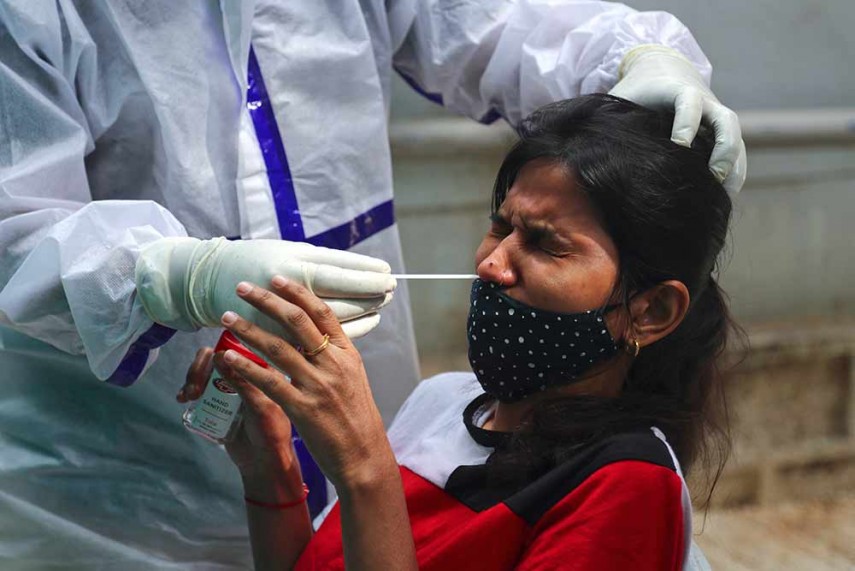 With a fresh spurt in Covid 19 cases and a gradual rise in the number of active cases, Himachal Pradesh made Covid-19 RT-PCR negative report mandatory for all the tourists entering the state.

However, those having received both doses of the vaccine will be exempted from this on producing valid vaccine proof/certificates.

The Disaster Management Cell on Wednesday also issued a detailed advisory on strict adherence to Covid-appropriate behaviour both by the tourists and locals as the daily coronavirus cases have already touched the three-digit mark and witnessing a steady rise each day.

Covid Second Wave Not Over Yet, 8 States Log R-Value Higher Than 1: Govt

“An RT-PCR negative report not older than 72 hours should be carried by those visiting the state for tourism,” said the advisory.

Only 24 hours back, the centre rang alarm bells in the state after it listed Himachal Pradesh among eight states with a Covid R-value, a critical indicator about the virus reproduction number, having crossed the scale of 1 to 1.3 per cent.

Himachal Pradesh had seen the biggest influx of tourists and crowding of tourist destinations last month. However, last week’s incessant rainfall, landslides, cloudbursts and mountain slips resulting in the deaths of the tourists has caused a scare.

After the heavy tourist inflow in July, there has been a 70 to 75 per cent drop in fresh arrivals during the past four days of August 2021.

Justifying the decision to make RT-PCR mandatory, Chief Minister Jai Ram Thakur said it is a preventive step taken by the state because of a fresh spike in COVID-19 cases. Some restrictions are likely to be put in place.

He said the pandemic situation was discussed by the Cabinet at its meeting on Tuesday and it was felt that some restrictions would have to be put in place. The Chief Minister also said no overcrowding would be allowed in public transport vehicles.

Another cabinet meeting will be held on August 10 to take some more stringent steps .

A senior minister said the schools, which were opened on August 2, could be closed again. Several parents have shared their concerns and advised the government to reverse the step.

Himachal Pradesh's coronavirus caseload on Wednesday stood at 2,06,832. Active cases rose to 1,506 after dropping to 600 last month. 243 new cases were logged on Wednesday while four persons lost their lives in the last 24 hours. On Tuesday, 220 cases, one death and 108 recoveries were recorded. The total death toll due to Covid-19 in the state is 3,511 at present with over 60 deaths recorded during the second wave.

The rise in the Covid cases may eventually affect the possibilities of holding four by-poll elections in the state, which also includes the Mandi Parliamentary constituency that was left vacant after the demise of BJP's Ram Swaroop Sharma.