The shelling left four army men, an equal number of civilians, and a BSF captain dead. 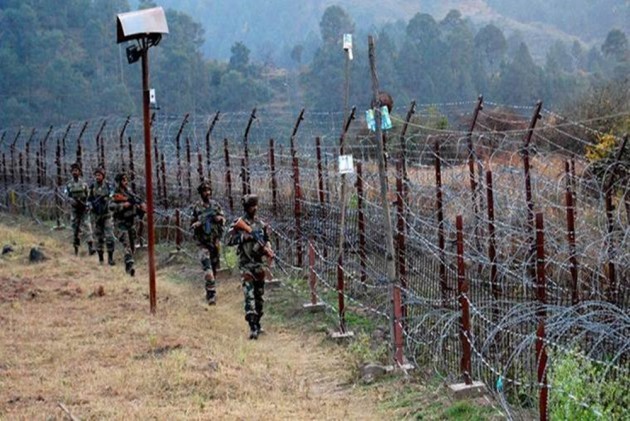 For people living in the villages along the Line of Control (LoC) – Dividing Kashmir between India and Pakistan – In Uri in north Kashmir, shelling between Indian and Pakistan armies have become a way of life. But November 13 was unprecedented.

The shelling on that day left four army men, an equal number of civilians, and a BSF captain dead. Even the Army and the BSF described the shelling as intense.

The deafening explosion caused by mortar shells, the whirring sounds of heavy machine gunfire turned the villages into a battlefield. Houses developed cracks after being hit by shells. People were running for their lives.

In areas like Bandi Sari, Sultan Daki, heavy shelling was witnessed. Four people were at ration ghat at the main road in Bandi Sari when the first shell hit the road. They rushed towards safety. Another shell hit them and 38-year-old Irshad Ahmad Mir was seen on the road with his head severed. Another shell led to the killing of Tahir Ahmad Mir. The shell had hit his belly and his internal organs were damaged. Syed Nadir Hussain, 36, the third person, lost both his legs and another person suffered minor injuries. “It was mayhem all over,” says a resident.

“Earlier shelling would remain confined to one area but this time mortar shelling and heavy machine gunfire was going on throughout the LoC in Uri,” he adds.

In Charundra village, which is at the zero lines of the de-facto-border, shelling damaged several houses. A local said they are constantly in the line of fire and the government is not helping with bunkers.

The government in May this year sanctioned 125 community bunkers in border villages falling 0 to 3 km along the LoC in Kupwara and Baramulla districts of north Kashmir.

“Even after seven months, no community bunker has come up in Uri,” says official pleading anonymity.  He says the government should have constructed bunkers on the priority given the situation in the border areas. “The delay in construction of bunkers is taking lives here,” the official says.

A local politician Dr Sajad Shafi Uri, says the government doesn’t understand requirements of people of border areas. He says instead of constructing a community bunker and acquiring land for it, the government should have provided money to people to construct bunkers near their localities or it should have constructed underground bunkers for each household on its own.

“How you expect an elderly and children amid deadly shelling to rush towards a community bunker far away from their villages. Even going toward a community bunker could take many lives. We have been asking the government to construct underground bunkers for two to three families. It will become easy for residents to use them in the deadly shelling,” Dr Sajad says. “But no one is listening,” he adds.

Soon after the shelling political leaders were quick to call for dialogue between India and Pakistan. Even Hurriyat Conference led by Mirwaiz Umar Farooq, which has remained silent after the abrogation of Article 370, raised its voice expressing “deep grief and dismay at the repeated escalation on the line of control.” The Hurriyat appealed both India and Pakistan to “resolve the dispute through peaceful means.”

But in Uri people are more into realism than expecting any dialogue between India and Pakistan. “Don’t know what India and Pakistan will do at a diplomatic level but our lifeline will be underground bunkers if they are constructed,” says Tariq.

He says let the government construct community bunkers near ration ghats, schools and playgrounds but it must construct underground bunkers near residential houses and construct them now. "Tomorrow will be too late," he adds.