Cyclone Yaas made landfall near Dhamra port in Odisha's Bhadrak district at around 10.10 am today 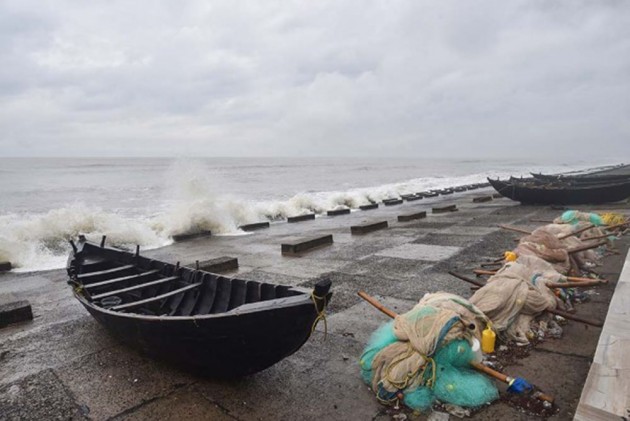 It made landfall near Dhamra port in Odisha's Bhadrak district at around 10.10 am and the landfall process is expected to continue for the next 3-4 hours.

Earlier, the India Meteorological Department (IMD) had downgraded the severity of Cyclone Yaas. While the previous projection of the wind speed at the time of landfall was 155-165 kmph, gusting up to 185 kmph, it was revised downwards to 130-140 kmph.

IMD Director General (DG) Mrutyunjay Mohapatra said ‘Yaas’ lay centred 40 km from Dharmra at 7 am today and was moving north-northwestwards at a speed of 15 kmph. It was likely to reach the Dhamra coast and set off the landfall process around 10 am. The landfall process will last two to three hours and will be completed sometime after noon, he said. Under its impact, Bhadrak and Balasore districts will experience heavy rains accompanied by gusty winds till evening. The wind speed in these two districts was around 80-90 kmph this morning, which would go up to 130-140 kmph as Yaas closes in on the coast. The intensity of the rain and wind would come down gradually after landfall, Mohapatra said.

Adjacent Kendrapara and Jagatsinghpur districts experienced heavy rains and strong winds right through the night. Hundreds of trees have been uprooted and extensive damage caused to power and telecommunication lines in these two districts though there has been no report of any loss of human life so far.

More than two lakh people have been evacuated from low lying areas in Bhadrak and Balasore districts, which are likely to take the brunt of the nature’s fury and moved to cyclone shelters and other safe structures.

Meanwhile, Cyclone Yaas claimed its first victim when a man was crushed to death by a tree that got uprooted due to heavy winds in Panchapalli village in Keonjhar district.
In view of the inclement weather likely to prevail over the entire Odisha coast today, the Biju Patnaik airport has shut operations since 11 pm last night till 5 am on Thursday.