As Govt Lifts Ban On Postpaid Phones In Kashmir, Prepaid Users Ask 'What About Us?'

Thousands of postpaid phone subscribers found their services barred due to the non-payment of bills. 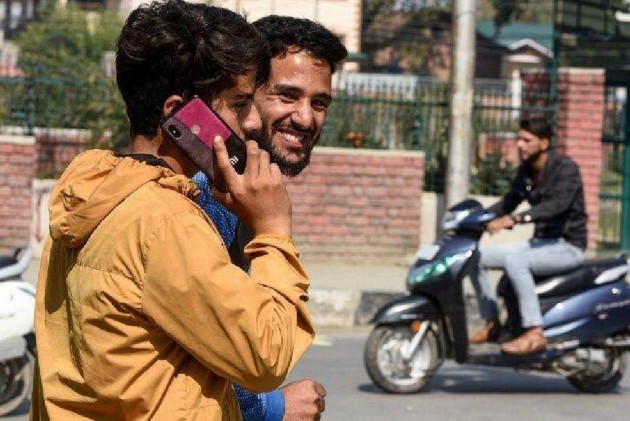 Mobile phones in Kashmir started to buzz for the first time on Monday after a blanket ban of more than two months. Since the announcement of lifting the ban was made on Saturday, people were waiting for the clock to strike 12 pm to make frantic calls to their friends and relatives in and outside the Valley.

Though the revocation of the ban on postpaid mobile services brought some relief to the people in Kashmir, thousands of subscribers found their services barred due to the non-payment of bills. With Internet services still suspended in the region, subscribers said there are no options available to pay the pending bills.

“I wanted to recharge my phone but I don’t know where I should do it. Outgoing and incoming call services of my phone have been suspended due to non-payment of the bill,” said Masrat Nazir, a student.

Also among those who faced disappointment on Monday were 3.3 million Kashmiris who use prepaid mobile phone connections.

“It is good that the government has resumed postpaid phone services, but they should tell us why they suspended it in the first place,” said a resident of Srinagar. He said he was unable to make any calls as he uses a prepaid connection.

A Central Reserve Police Force personnel from 179 Battalion was among those subscribers who could not make any use of the phone. The CRPF Jawan, who has a prepaid mobile connection, could not talk to his family, unlike thousands of postpaid mobile users who were seen glued to their mobile devices on Monday.

Mohammad Shafi, a resident of south Kashmir, said the restoration of telephone services will make a "huge difference in our lives". But he was quick to add that the partial restoration of communication is not "some kind of generosity".

"They snatched this right from us and they are restoring it partially, in bits and pieces,” Shafi said.

The BJP-led central government imposed communication blockade in the region on August 5, the day it abrogated the special status of Jammu and Kashmir.

The decision to restore mobile phone connectivity came two days after the government announced the revocation of the ban on tourists visiting the region. Ahead of abrogating Articles 370, 35A the government had issued an advisory to the tourists in the state, asking them to leave the place immediately.