Lekhi noted that under India’s Presidency of the Security Council last month, the Council adopted Resolution 2593 which unequivocally underlined that Afghan territory should not be used to threaten or attack any country or to shelter, train terrorists, or plan or finance terrorist acts. 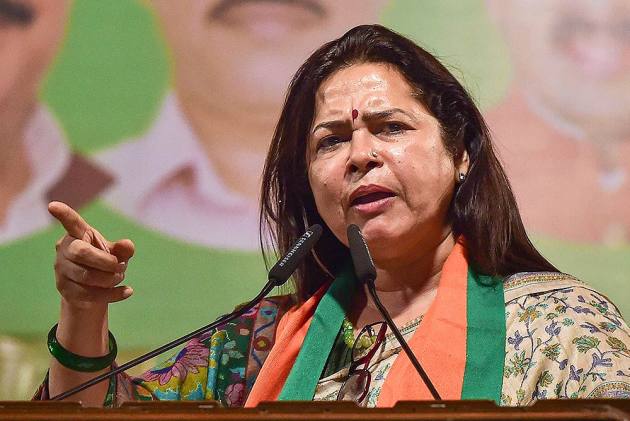 Minister of State for External Affairs Meenakashi Lekhi on Thursday stated that for the sake of being the immediate neighbour of Afghnaistan, India has a massive responsibility to shoulder in context of the war ravaged country's development.

Her comments came in light of the USD 3 billion Indian investment in different welfare projects aimed for the benefit of the Afghan people.

Lekhi in an interview said that India's contributions for the people of Afghanistan, having executed development and welfare projects across all of its 34 provinces was all aimed for the benefit of its people.

“As an immediate neighbour of Afghanistan with long standing historical linkages, we have one of the highest stakes in the developments in the country,” Lekhi said.

She noted that under India’s Presidency of the Security Council last month, the Council adopted Resolution 2593 which unequivocally underlined that Afghan territory should not be used to threaten or attack any country or to shelter, train terrorists, or plan or finance terrorist acts.

“It particularly underlined that terrorists, individuals and entities designated by UNSC resolution 1267, which is of direct importance to India, should not find support in Afghanistan’s territory and recalled the Taliban’s commitments," she said.

The Taliban seized control of war-torn Afghanistan in mid-August, ousting the previous elected leadership which was backed by the West.

“This is particularly significant. It also calls for inclusive negotiated settlement and for urgent humanitarian assistance to Afghanistan. These are all key aspects which have been consistently highlighted by India and resonate with our thinking,” Lekhi said.

Under India's Presidency for the month of August, the Council held three sessions on Afghanistan and issued three press statements on August 3, 16 and 27, the last one strongly condemning the "deplorable attacks" near the Hamid Karzai International Airport in Kabul on August 26.

On the penultimate day of India's Presidency, the Council issued the strong resolution on Afghanistan "demands that Afghan territory not be used to threaten or attack any country or to shelter or train terrorists, or to plan or to finance terrorist acts, and reiterates the importance of combating terrorism in Afghanistan, including those individuals and entities designated pursuant to resolution 1267 (1999), and notes the Taliban’s relevant commitments.”

India, currently serving a two-year term as non-permanent member of the 15-nation Security Council assumed the rotating Presidency of the UN body for the month of August.

The Presidency ended with the first resolution being adopted by the Council on the situation in Afghanistan following the takeover of Kabul by the Taliban on the penultimate day of India's Presidency.