As Owaisi walked down the floor to take an oath, the room echoed with the chants of 'Jai Shri Ram', apparently to provoke him. 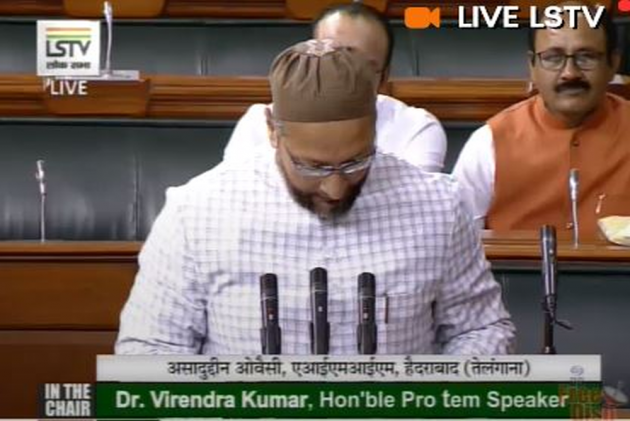 As Owaisi walked down the floor to take the oath, the room echoed with the chants of 'Jai Shri Ram', apparently to provoke him. Although he appeared to be unperturbed, after he took the oath, Owaisi responded with "Jai Bhim, Takbeer Allahu Akbar, Jai Hind".

The AIMIM chief, on the greetings and slogans raised on the floor, said, "It is good that they remember such things when they see me, I hope they will also remember the constitution and death of children in Muzaffarpur".

The 17th Lok Sabha parliament session began on June 17 with newly-elected members of the parliament taking oath on the first two days of the session.