West Bengal labour minister Becharam Manna cycled from his home in Hooghly district to the Assembly in Kolkata covering a distance of 38 km to protest the latest fuel price hike. 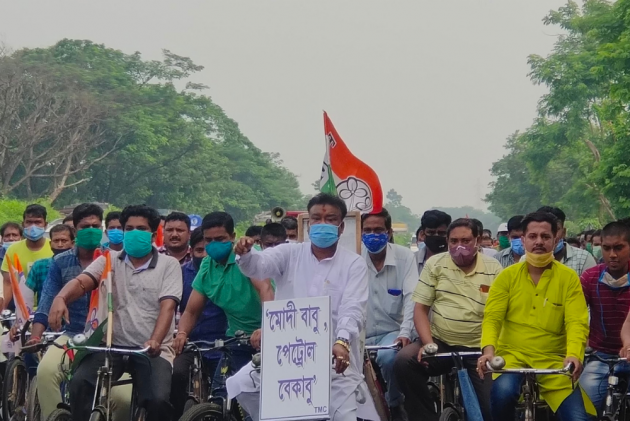 As the petrol price breached the Rs 100-a-litre mark in Delhi and Kolkata on Wednesday, West Bengal labour minister Becharam Manna cycled from his home in Hooghly district to the Assembly in Kolkata covering a distance of 38 km to protest the fuel price hike.

Manna left his residence at 8 am today and reached the Assembly at half past noon to attend the ongoing session. He was accompanied by a few party workers throughout his cycle trip.

"Steep rise in fuel prices is the latest failure of the Narendra Modi government. Petrol price crossed the century-mark in Kolkata and we are protesting against this," he told reporters, earlier today.

Petrol price was increased by 35 paise per litre and diesel by 23 paise a litre, according to a price notification of state-owned fuel retailers on Wednesday.

The cities, where the petrol price has crossed the Rs 100-a-litre mark are—Kolkata, Delhi, Mumbai, Chennai, Hyderabad and Pune.