As Politics Over OBCs Hots Up In Odisha, BJD Seeks Law To End 50% Cap On Reservation

Odisha is among the few states which are yet to accord 27% reservation to OBCs because of the 50% cap imposed by the apex court in the Indra Sawhney case. 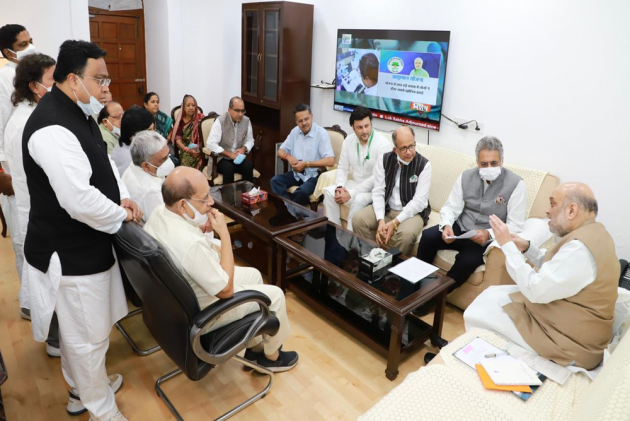 The Biju Janata Dal (BJD) has timed it to perfection. As the 127th constitutional amendment Bill, restoring the power to decide on the list of backward classes to states, sailed through Parliament, the ruling party in Odisha has ratcheted up its demand for a caste-based census in the state. In a memorandum submitted by BJD MPs to Home Minister Amit Shah yesterday, the party also demanded a Central law that removes the 50% cap on reservations imposed by the Supreme Court.

Predictably, the opposition BJP and Congress have questioned the BJD’s commitment to the cause. “What was the BJD doing all these years? Why did it not raise the issue when it was part of the ruling coalition at the Centre? And why is it raising it now, when Parliament has just passed the 127th amendment Bill? It’s nothing but an eyewash,” said senior BJP leader Suresh Pujari. “If they are really serious, why didn’t they provide 27% reservation to OBCs?” asked senior Congress leader and former Union minister Bhakta Charan Das.

Odisha is among the few states which are yet to accord 27% reservation to OBCs because of the 50% cap imposed by the apex court in the Indra Sawhney case. Since the state has a large population of Scheduled Tribes (STs) and Scheduled Castes (SCs), for whom 22.5% and 16.25% of jobs and seats in educational institutes are earmarked, it has been unable to give more than 11.25% reservation to OBCs owing to the 50% cap.

The war of words also had its echo in Parliament during the debate on the Bill in the Rajya Sabha yesterday. Senior BJD leader Prasanna Acharya pointed out that the Orissa High Court had struck down the Odisha Reservation of Posts & Services (for Socially and Educationally Backward Classes) Act, 2008, which sought to give 27% reservation to OBCs to emphasise that the state government’s hands are tied. Union Education minister Dharmendra Pradhan pounced on Acharya’s statement to ask, “If the High Court struck down the Act, what prevented the Odisha government from knocking on the doors of the Supreme Court? Why has it been sleeping since 2014 when the High Court struck down the Act?”

To be fair to the ruling party, though, it has been consistent in espousing the cause of the OBCs/Socially and Educationally Backward Classes (SEBCs). In January, 2020, the state cabinet had passed a resolution seeking a socio-economic caste enumeration along with the general Census in 2021 and had taken up the issue with the Centre. But the Centre had rejected the demand after which the Odisha government had constituted a Backward Class Commission for taking up a survey to determine the SEBC population. The Commission was to start work on the survey from May 1. But the onset of the second wave of Covid has prevented the survey work from taking off.

In the absence of comprehensive and scientific data on the share of OBCs/SEBCs in the population, there is not much the state government could have done to convince the higher courts of the need to do away with the 50% cap on reservations in jobs. Perhaps the only ground on which the BJD can be criticized is why it did not go the Tamil Nadu way and get it incorporated in the Ninth Schedule of the Constitution, when it was a key member of the ruling NDA coalition in the Vajpayee years.