PM's photo on vaccine certificate: When the petitioner's counsel told the court that in other countries there was no such practice, the judge orally remarked, 'They may not be proud of their PMs, we are proud of our PM.' 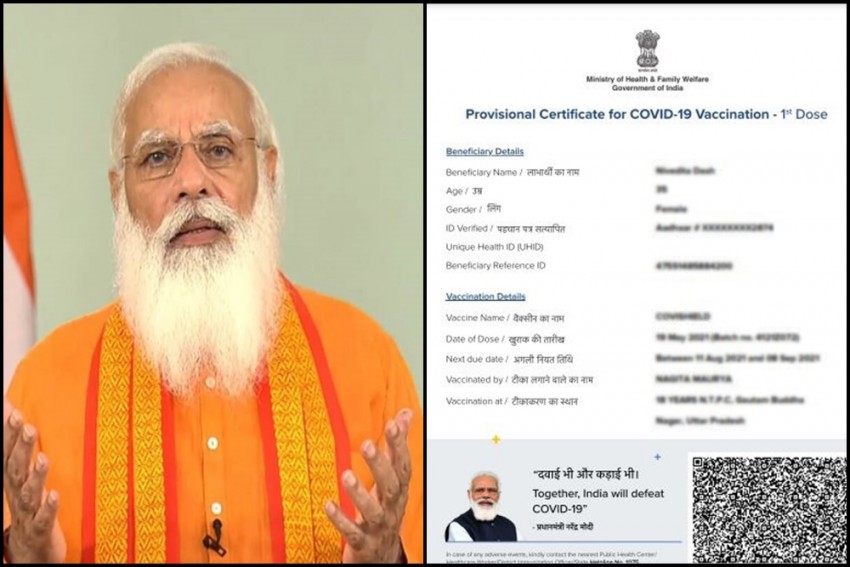 The Kerala High Court on Monday asked a petitioner who sought emoval of Prime Minister Narendra Modi's photograph from the Covid-19 vaccination certificate, whether he was ashamed of the PM.

When the petitioner's counsel told the Kerala HC that in other countries there was no such practice, the judge orally remarked, "They may not be proud of their PMs, we are proud of our PM."

Justice P V Kunhikrishnan said the Prime Minister was elected to power by the people of the country and therefore, what was wrong with having his photograph on the vaccination certificate.

Why Is It Necessary To Print Photo Of PM Modi On Covid Vaccination Certificate? Know It From Govt

"Why are you (petitioner) ashamed of the Prime Minister? He came to power through the mandate of the people.... We may have different political views, but he is still our PM," the court further said.

The counsel for the petitioner -- Peter Myaliparampil -- said that the certificate was a "private space" with personal details on record and therefore, it was inappropriate to intrude into the privacy of an individual.

He contended that adding the PM's photo to the certificate was an intrusion into an individual's private space.

To this the court said that the more than 100 crore people of the country do not appear to have a problem with having the PM's photo on the vaccine certificate, "why do you?"
The court said it will examine whether the plea has any merits and if not, it will dispose of the matter.

During the more than an hour long hearing, advocate Ajit Joy, appearing for the petitioner, said that whether to be proud of one's PM was a personal choice.

Joy also told the court that it was not a matter of political differences, as the Supreme Court has laid down guidelines for advertisements and campaigns using public money.
He said having the photo on the certificates would also influence minds of voters and this issue was raised during the recent state assembly elections.

The central government opposed the plea saying it was a publicity interest litigation.
The petitioner, a senior citizen, has contended in his plea that the PM's photo on his vaccination certificate was a violation of fundamental rights.