The police had demanded a 14-day remand of Ashish but got a three-day remand beginning October 12 and it will end on October 15, senior prosecution officer (SPO) SP Yadav had told reporters. 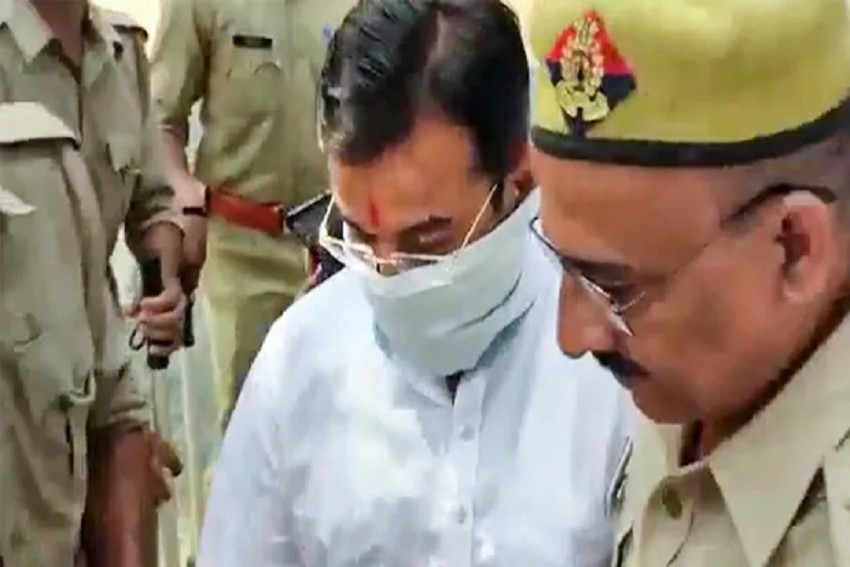 MoS Home Ajay Mishra's son Ashish was taken to the Crime Branch office on Tuesday for interrogation in the Lakhimpur Kheri violence case. Mishra was taken for the interrogation by the Uttar Pradesh Police a day after a court sent him to three-day police custody, an official said.

The police had demanded a 14-day remand of Ashish but got a three-day remand beginning October 12 and it will end on October 15, senior prosecution officer (SPO) SP Yadav had told reporters.

Chief Judicial Magistrate Chintaram on Monday had granted three-day police remand, with the condition that Ashish Mishra would not be harassed and his lawyer would remain present during interrogation.

He was arrested on Saturday night in connection with the October 3 Lakhimpur Kheri violence in which eight people, including four farmers, were killed.

Ashish Mishra was questioned for 12 hours in the Crime Branch office on Saturday before his arrest. Now the Special Investigation Team, set up by the state government to probe the case, will interrogate him about the incident, the senior police official said.

Elaborate security arrangements have been made in and around the police line, he added.

Ashish Mishra was named in an FIR following allegations that he was in one of the vehicles that mowed down four farmers protesting over UP Deputy Chief Minister Keshav Prasad Maurya's visit on October 3.

Besides, four farmers, two BJP workers and their driver were allegedly lynched by angry farmers in the incident. Local journalist Raman Kashyap also died in the violence.

Aged around 35, Ashish Mishra alias Monu looks after the political activities of his father in his Kheri Parliamentary constituency and was also vying for the party ticket from the Nighasan seat to contest assembly polls.