The Rajasthan chief minister said it was not a standard thing (on part of the government) to highlight such developments. 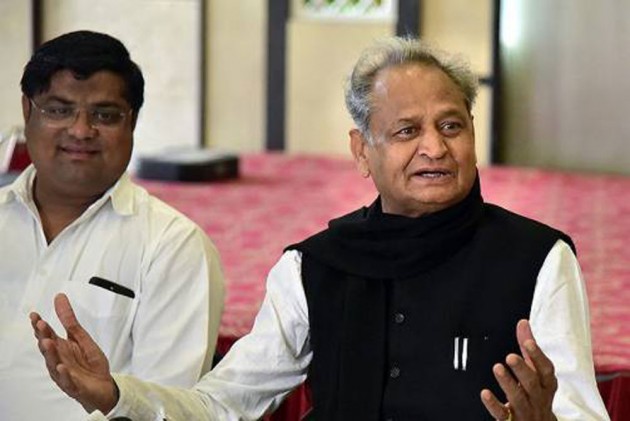 Targetting the Prime Minister Narendra Modi-led Central government of "politicising" actions of defence forces of the country, Rajasthan Chief Minister Ashok Gehlot on Wednesday claimed that during the time that Congress-led governments were in power at Centre, 15 surgical strikes had taken place but the then dispensation never talked about it.

Gehlot said former prime ministers Jawaharlal Nehru and Indira Gandhi had made huge contributions for the nation, but the Modi government has never highlighted the same and instead defamed the Gandhi family.

He said it was not a standard thing (on part of the government) to highlight such developments.

The chief minister said Modi has also not acknowledged the fact that Indira Gandhi created the nation of Bangladesh by dividing Pakistan and without letting Khalistan take shape.

"Jawaharlal Nehru was in jail for 12 years for independence. But what are they (BJP) circulating about him on social media? BJP and RSS are conspiring and spending crores of rupees to run a campaign to defame the Congress and its legacy," he alleged.

Taking a dig at Modi, Gehlot said the prime minister should have been an actor.

"He (Modi) would have been successful in the country and abroad had he come in this role because as a prime minister, I do not consider him successful...let the world say anything," the chief minister remarked.

Gehlot was in Ajmer to offer a 'chadar' (sacred cloth) on behalf of Congress president Rahul Gandhi at the shrine of Sufi saint Khwaja Moinuddin Chisti in Ajmer.

He said the prime minister has been exposed among the public for not fulfilling the promises he made during the 2014 Lok Sabha elections.

"No black money was brought back. He has forgotten that he had promised jobs to 2 crore people. Inflation is skyrocketing, petrol and diesel prices are now almost equal. 'Make in India' is only on papers. People see no smart city. The entire government turned out to be unsuccessful and useless," he said.

The senior Congress leader also accused the BJP of doing politics in the name of religion and said that only issue-based politics should be done in elections.
PTI