Former RBI governor Raghuram Rajan, in a Linkedin post, said that free speech has suffered a 'grievous blow' in India. 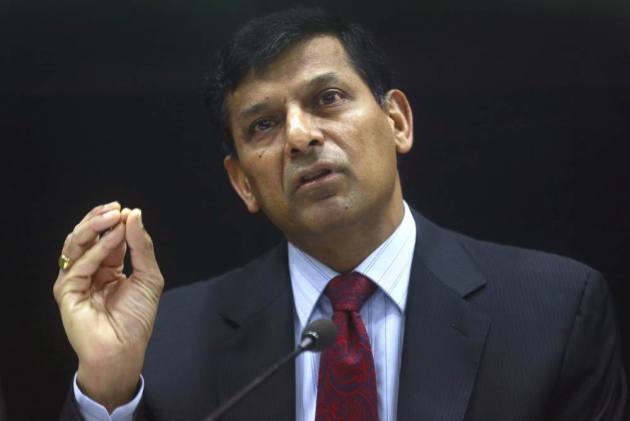 Eminent economist Raghuram Rajan on Saturday expressed his views on the exit of Pratap Bhanu Mehta and Arvind Subramanian from the Ashoka University and said free speech is the soul of a great varsity and wondered whether "pressures will go away" by showing a willingness to barter the soul.

Earlier this week, the Sonipat-based Ashoka University -- a leading varsity that offers courses in liberal arts and sciences -- found itself at the centre of a controversy after political commentator Mehta and economist Subramanian resigned.

Former RBI governor Rajan, in a Linkedin post, said that free speech has suffered a "grievous blow" in India this week as professor Mehta, one of India's finest political scientists, resigned from the Ashoka University.

"The reality is that professor Mehta is a thorn in the side of the establishment. He is no ordinary thorn because he skewers those in government and in high offices like the Supreme Court with vivid prose and thought-provoking arguments," he said.

On the recent developments at the varsity, Rajan -- who is a professor at the University of Chicago Booth School of Business -- said, "Free speech is the soul of a great university. By compromising on it, the founders have bartered away its soul."

He further said, "And if you show a willingness to barter your soul, is there any chance the pressures will go away? This is indeed a sad development for India," Rajan said.

Mehta's exit from the varsity was followed by professor Arvind Subramanian's resignation.

Rajan also quoted a few lines from Subramanian's resignation letter which said, "That even Ashoka – with its private status and backing by private capital – can no longer provide a space for academic expression and freedom is ominously disturbing".

"Above all, that the University's commitment to fight for and sustain the Ashoka vision is now open to question makes it difficult for me to continue being part of Ashoka."

Rajan noted that if Ashoka's founders believe "they have compromised with the powers that be in the greater interests of the university, they are wrong".

According to Rajan, it is not that Mehta has much sympathy for the opposition either. "As a true academic, he is an equal opportunity critic. He is, and I hope will continue to be, one of the intellectual leaders of liberalism in India," the former RBI governor said.

Rajan also quoted Mehta from his resignation letter that said, "After a meeting with founders it has become abundantly clear to me that my association with the university may be considered a political liability."

Rajan opined that Mehta and Subramanian's statements suggest that Ashoka's founders have succumbed to outside pressure to get rid of "troublesome" critics.

He added that  Ashoka's founders should have realised that their mission was indeed not to take political sides but to continue to protect the right of people like professor Mehta to speak.

A query sent to the varsity on the recent developments remained unanswered till the filing of the story.

The faculty members at the university on March 18 had written to the vice-chancellor and board members, expressing anguish over Mehta's resignation.

The alumni council of the university had also released a separate statement on March 18 expressing solidarity with Mehta, who stepped down as the VC two years ago and resigned as a professor earlier this week.

The faculty members have noted that Mehta's exit has set a "chilling precedent for future removals of faculty" and is a "matter of great anguish.