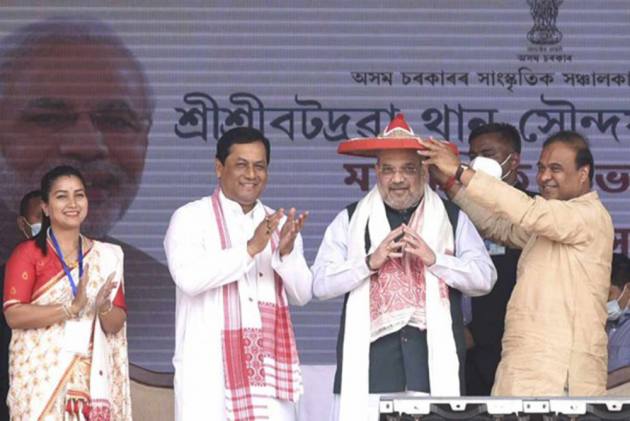 Hours after issuing a show cause notice to BJP leader and Assam minister Himanta Biswa Sarma for his remarks against Bodoland People's Front chief Hagrama Mohilary, the Election Commission (EC) late on Friday barred Sarma from campaigning for the upcoming Assembly polls for 48 hours.

Sarma had allegedly threatened to send Mohilary to prison with the help of the National Investigation Agency (NIA) if the latter indulged in “extremism” along with rebel leader M Batha.

Soon after Sarma made the remarks, the Congress which is an ally of the Bodoland People’s Front, approached the EC seeking action against the BJP leader.

The EC has barred Sarma from campaigning till April 4.

"... The Commission hereby strongly condemns the impugned statements made by Himanta Biswa Sarma ...

Campaigning for the third and final phase of Assam Assembly elections comes to an end on the evening of April 4. The final phase of polling will be held on April 6.

In his reply on Friday to the EC notice, Sarma denied the allegations.

But the EC said it did not find Sarma's reply satisfactory.

On Thursday, the EC notice to Sarma quoted transcript of the speech provided by the state election machinery.