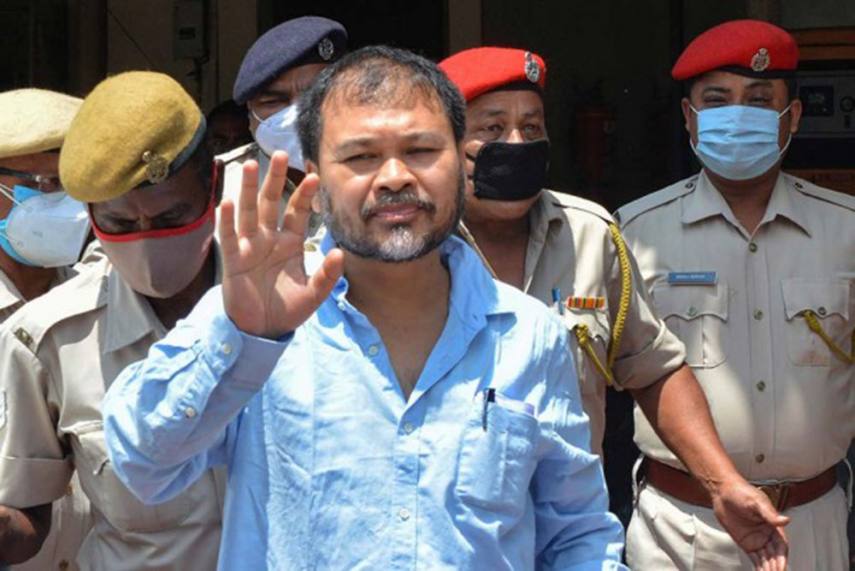 Ahead of the upcoming by-poll elections in Assam, the Akhil Gogoi-led Raijor Dal and Congress came together on Sunday to hold a meeting on forming an anti-BJP alliance to contest polls. Following the meeting, the two parties have decided to jointly protest against the "anti-people" policies of the BJP-led state government.

"We decided to fight together from a single platform against all anti-people policies of the BJP. We will work together on any social problem," Goswami told PTI after the meeting held on Sunday evening.

The Congress wants to have a long-lasting relationship with the Raijor Dal, at least till the 2024 Lok Sabha polls and the 2026 Assam Assembly elections, he added.

"We also spoke about forming an alliance for the upcoming Assembly byelections. This is just a preliminary meeting and several more rounds will take place. The final decision of an alliance will be taken by the top state and central leaders," Goswami said.

By-elections are required in five Assembly seats due to deaths and resignations of legislators.
Before the Assembly polls held earlier this year, both the parties had called for a united platform of all opposition parties to defeat the BJP, but Raijor Dal expressed its reservation in joining the Grand Alliance due to the presence of the All India United Democratic Front (AIUDF) in it.
Commenting on Sunday's meeting, Gogoi said that the Raijor Dal is ready to join the Grand Alliance provided the AIUDF exits the grouping.

"Like the BJP, the AIUDF is also a communal force. Our stand is clear that we will not be in a platform where AIUDF is present," he told reporters.

Gogoi, the MLA of Sivasagar constituency, said that the Congress and the Raijor Dal must be united in order to defeat the BJP in the byelections.

The Congress, which was in power for 15 years in Assam since 2001, formed a 'Grand Alliance' with AIUDF, BPF, CPI(M), CPI, CPI(ML), Anchalik Gana Morcha (AGM), RJD, Adivasi National Party (ANP) and the Jimochayan (Deori) Peoples Party (JPP) to fight the BJP-led NDA in the Assembly election this year.

In the 126-member Assam Assembly, the BJP bagged 60 seats, while its allies AGP won nine and UPPL six. In the opposition camp, the Congress won 29, AIUDF 16, BPF four and CPI(M) got one seat. The Raijor Dal secured one seat, Sivasagar, as Gogoi won as an Independent.

One MLA each of United People's Party Liberal (UPPL) and Bodoland People's Front (BPF) has died, while two Congress legislators have resigned to join the BJP.

Former chief minister Sarbananda Sonowal, who joined the Union Cabinet as a minister, is yet to submit his resignation paper in the Assembly but is likely to do so in the coming days.