The two other employees, Alakesh Saikia and Mohini Mohan Gogoi were rescued by security forces after an encounter with the abductors on April 24 in the district when they were on their way to Myanmar. 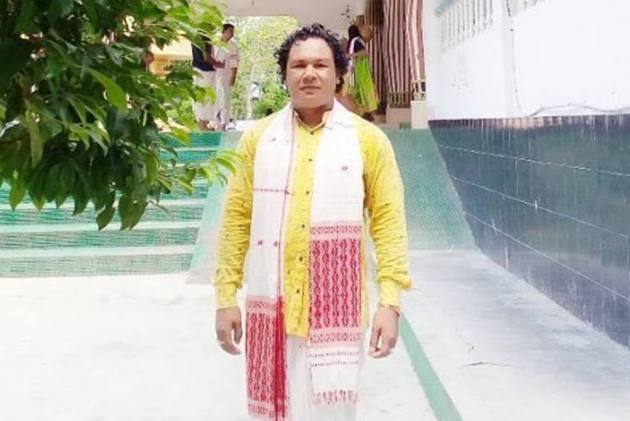 Assam chief minister Himanta Biswa Sarma on Tuesday assured the family of abducted ONGC official Ritul Saikia that the government was making every effort to secure his release.

Sarma called the family at Borholla in Jorhat district this morning and met Ritul’s parents and wife along with their four-month-old child.

He later told reporters that as per information, Ritul was being held by the ULFA (I) inside Myanmar and was being looked after well.

The proscribed outfit had earlier said that they had handed over Ritul and two other ONGC employees it had abducted on April 21 from Lakwa in Assam to residents of a village in Mon district in neighbouring Nagaland.

The two other employees, Alakesh Saikia and Mohini Mohan Gogoi were rescued by security forces after an encounter with the abductors on April 24 in the district when they were on their way to Myanmar. Ritul has since been missing with the ULFA (I) washing its hands off him.

Sarma said mediators were at work to try and get Ritul released and hoped he would return soon. He, however, refrained from divulging details.

On Ulfa (I)’s declaration of ceasefire for three months on account of the Covid-19 situation in the state, Sarma said there was nothing formal about it and the government would act the way it has to with militants.

“They did not declare the ceasefire in consultation with the government. There are no ground rules, we don’t know where the outfit’s cadres are… this is not a ceasefire like the one with the NSCN (IM),” he said while once again appealing to the outfit’s deputy chief and army commander, Paresh Barua, to come forward for talks.

The unilateral ceasefire declaration came after two persons died in a grenade blast at Tingrai in the Tinsukia district. Before that, a 12-year-old boy was killed in a grenade explosion at Jagun in the same district. The Ulfa (I), however, had denied any role in the two incidents.