The chief minister had the interactions over various developmental works and issues concerning the state. 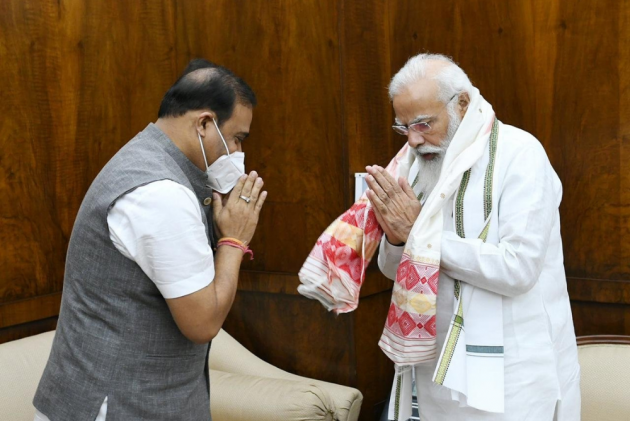 In a meeting with Gadkari, Sarma reviewed the road infrastructure projects implemented in the state.

Had an opportunity to seek blessings of Hon Union Minister Sri @nitin_gadkari in Delhi.

I discussed with him the critical 35-km Elevated Kaziranga Corridor and how this is earnestly needed to protect our wildlife incl Assam's pride Rhinos. It shall also give filip to tourism 1/2 pic.twitter.com/8vW99DNUpB

In another tweet, Gadkari said: “…reviewed the road infrastructure projects being implemented in the state".

Earlier in the day, Sarma had called on Prime Minister Narendra Modi, and discussed with him various issues concerning the state.

Today I called on Adarniya PM Sri @narendramodi to apprise him on how our Government has been working to steer & scale up Assam's development journey as envisioned by him. Also briefed him about Bodo peace process, our war against drugs & implementation of various central schemes pic.twitter.com/dmqh4sm2PG