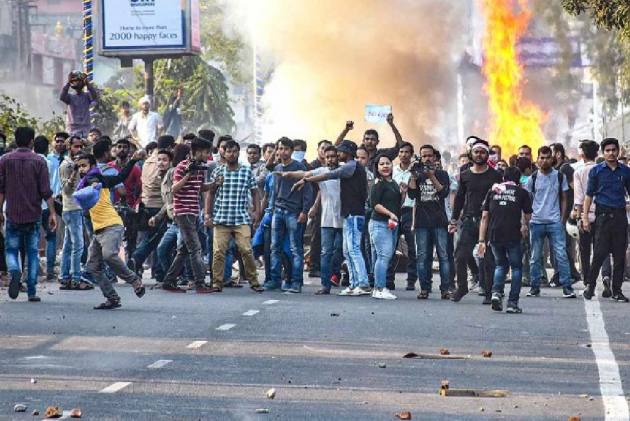 Assam Chief Minister Sarbananda Sonowal was stuck at the Lokpriya Gopinath Bordoloi International airport here for sometime on Wednesday amidst large scale protests against the Citizenship Amendment Bill in the streets of the city.

Sources in the chief minister's office confirmed that Sonowal was stuck at the airport after he returned from Tezpur in a helicopter.

Explained  What Is Citizenship Amendment Bill (CAB)? Which States Are Exempted & Why?

When asked if this was due to the protests in which the roads were blocked by agitating students, the sources curtly said: "Perhaps".

Sonowal's convoy later reached the Brahmaputra state guesthouse in the city where he resides, the sources added.

Opinion: Assam Model Of ‘Harassment’ Will Be Replicated Across India

Student organsiations in Assam are opposing the Bill that seeks to provide Indian citizenship to minorities who have been victims of religious persecution in Bangladesh, Pakistan and Afghanistan and have come to the country till December 31,

The government has deployed additional 2,000 troops in Assam and kept a column of Army on standby.

In view of the worsening situation, the administration has decided to snap the mobile Internet services in 10 districts of the state for 24 hours from 7 pm Wednesday.