Assam CM Himanta Biswa Sarma deputed two ministers to talk to the assorted organisations who are not allowing trucks and vehicles to move to the hill state after Mizoram health minister in a video message said it was very difficult to manage patients who were in dire need of oxygen given the limited supply due to the blockade. 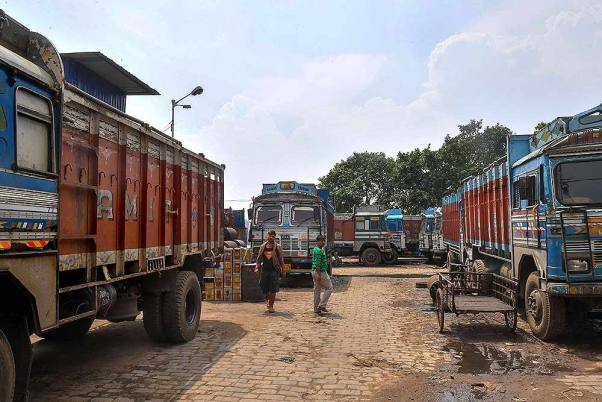 Mizoram’s SOS for Assam to lift the blockade at the border as “Covid-19 patients are dying” for want of medicines has finally moved chief minister Himanta Biswa Sarma to depute two ministers to talk to the assorted organisations who are not allowing trucks and vehicles to move to the hill state.

The organisations resorted to the blockade after six Assam Police personnel were killed when their Mizoram counterparts opened fire on them at Lailapur in Assam’s Cachar district on July 26 over the border dispute.

In a video message on Friday, Mizoram health minister Dr R Lalthangliana said it was very difficult to manage patients who were in dire need of oxygen given the limited supply due to the blockade. “Covid-19 patients are dying for want of medicines...which are still stuck on the other side of the border, this act of arrogance is clearly in violation of basic human rights and the right to life under Article 21 of the Constitution of India,” he said. Basic necessities such as PPE kits are also held up.

Late on Friday, Sarma appealed to the people to allow movement of goods while also asserting that the government stood committed to safeguarding the constitutional boundaries of the state. He has also asked the two ministers-  Parimal Suklabaidya and Ashok Singhal- to visit the border.

Suklabaidya said they would try to prevail upon the organisations to lift the blockade. “We will see if we can get some trucks carrying medicines and other essentials like fuel to travel to Mizoram tonight,” he said. He said the people were angry since six Assam Police personnel were gunned down. But, he also said some drivers were themselves not keen to go to Mizoram fearing trouble.

Lalthangliana said that machinery for establishment of an oxygen plant at Zoram Medical College were still stranded at Guwahati. The oxygen plant is supposed to be commissioned before August 15 as per the directive of the Centre.

After the July 26 flare-up, Assam and Mizoram held a meeting on August 5 in an effort to defuse tensions at the border and work towards finding an amicable settlement of the decades-old dispute between the two states.