If the government does not constitute a probe panel by February 6, the Congress will intensify its protests in every constituency and will take it to the national level, he said. 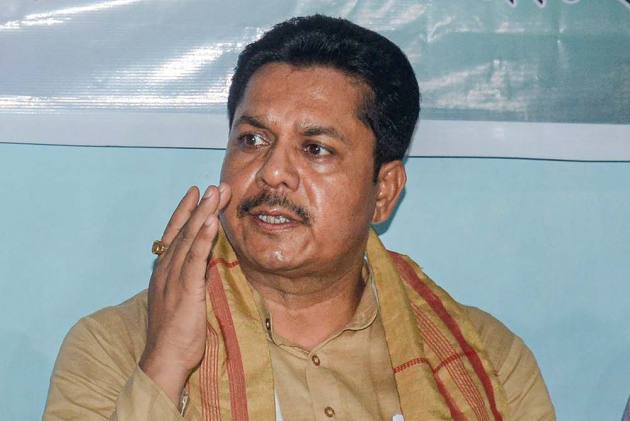 The opposition Congress on Monday announced a series of agitational programmes demanding a judicial probe into the alleged illegal acquiring of around 18 acres of Assam government land by a company co-founded by Chief Minister Himanta Biswa Sarma's wife.

Party workers will hold protests from January 10 to February 6 in all districts to press for the demand of a judicial probe, Assam Pradesh Congress Committee (APCC) president Bhupen Kumar Borah told a press conference. "All our district committees have lined up a series of programmes in this period and all our senior leaders, including MPs and MLAs, will take part in them. We will submit memorandums to the DC (deputy commissioners) for forwarding it to the governor seeking a judicial probe," Borah said.

If the government does not constitute a probe panel by February 6, the Congress will intensify its protests in every constituency and will take it to the national level, he said. "We will raise the issue in Parliament also. We will protest against this unprecedented land scam inside and outside Parliament. We will take it to the President's House and Jantar Mantar (in Delhi). We will not sit quiet," Borah said.

The chief minister is evicting poor people from encroached land while he and his family have grabbed government land meant for the landless people, he alleged. "The government has to institute a probe, or else prepare for a massive democratic movement," the senior Congress leader said. He said that the APCC had submitted a memorandum to the Assam Governor seeking a judicial probe on the matter, but nothing has been done in this regard so far.

"We then raised the issue during the Winter Session of assembly and brought an adjournment motion to discuss the scam. But the Speaker gave various excuses and dismissed our petition," Borah said. According to a recent media report, the alleged irregularities were committed by a company, RBS Realtors Pvt Ltd, founded by the chief minister's wife Riniki Bhuyan Sarma and BJP Kisan Morcha vice-president Ranjit Bhattacharya. Sarma's son Nandil is also a shareholder in the firm.