Unveiling the manifesto, Rahul Gandhi said his party will protect the idea of Assam that is being 'attacked' by the BJP and RSS. 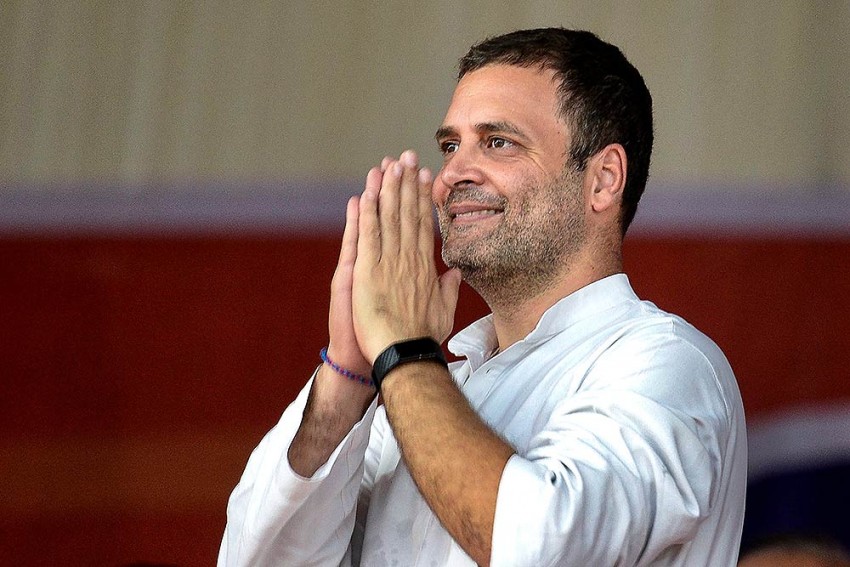 Congress leader Rahul Gandhi on Saturday made "five guarantees" while releasing his party’s manifesto for Assam. The promises included Rs 2,000 per month for every housewife and law to nullify the Citizenship Amendment Act (CAA).

Unveiling the manifesto, Gandhi said his party will protect the idea of Assam that is being "attacked" by the BJP and RSS.

"Though Congress symbol is there in the document, actually it is the people's manifesto. It contains the aspirations of the people of Assam," he said.

In its manifesto, the Congress also promised five lakh government jobs and 200 units of free electricity per month for all, besides hiking the minimum wages of tea garden workers to Rs 365.

Gandhi said Congress guarantees to defend the idea of Assam that contains culture, language, tradition, history and the way of thinking.

"This is our commitment. You are aware that BJP and RSS are attacking the diverse culture of India and Assam. We will defend that," he told reporters.