At least six persons were killed and 60 others, including an SP, injured in a bloody clash between the police forces of the two states along the Assam-Mizoram border on Monday. 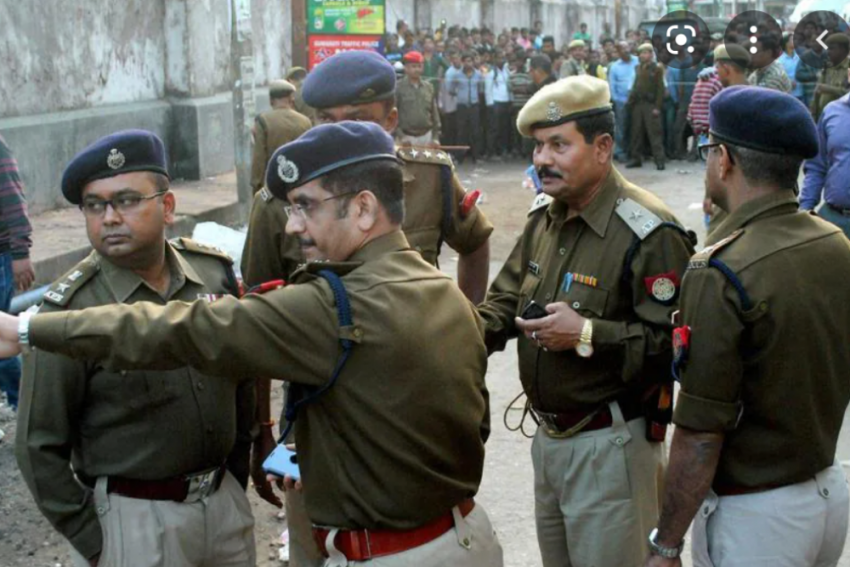 A day after the death of at least six persons including five police officers in cross-border clashes between Assam and Mizoram, the situation in Mizoram remained tense, even the Assam government declared a three-day state mourning. The national flag will fly at half-mast during this period and there will be no public entertainment, an order by the General Administration Department notified.

The mourning period will start on Tuesday and is meant to condole the death of five Assam Police personnel and one civilian.

Meanwhile, locals in the state’s Cachar district threatened an economic blockade of the neighbouring state of Mizoram.

At least six persons were killed and 60 others, including an SP, injured in a bloody clash between the police forces of the two states along the Assam-Mizoram border on Monday.

Union Home Minister Amit Shah, who had last week held a conference with chief ministers of north-eastern states in a bid to resolve prickly border disputes between the two states, spoke to chief ministers of Assam and Mizoram, Himanta Biswa Sarma and Zoramthanga respectively, and urged them to ensure peace along the disputed border and find an amicable settlement.

Earlier in May this year, firing on the Nagaland-Assam border had similarly raised tensions. However, no deaths or injuries had occurred then. Sarma paid floral tributes to the five slain policemen at Silchar on Tuesday. "We are deeply anguished by the loss of lives of our brave @assam police personnel. I visited Silchar SP office and paid floral tributes to the five martyrs and salute their sacrifice," he tweeted.

Earlier in the day, the chief minister visited the Silchar Medical College and Hospital and met the police personnel injured in the attack. Cachar Superintendent of Police Vaibhab Chandrakant Nimbalkar, has been airlifted to a hospital in Mumbai by an air force air ambulance.

The chief minister is also likely to visit the inter-state border where the situation was stated to be "tense but under control", officials said. "We would do all possible to help the families of our martyred colleagues. The injured would be looked after fully", the Special DGP G P Singh tweeted.

"All lawful and operational measures would be taken to bring culprits to book and protect the integrity of the constitutional boundary of Assam", Singh added, in an indication that Mizo policemen who fired at their Assam counterparts would be prosecuted.

Meanwhile, people of Kabuganj and Dholai area have “launched an indefinite blockade of roads” leading to Mizoram from 9 a.m on Tuesday to prevent any vehicle from moving to the neighbouring state. Social activist Jabir Hussain Laskar told reporters that the people of border towns and villages will also launch an indefinite ''economic blockade'' from Wednesday and urged the Assam government to take steps to resolve the boundary dispute.

The Barak Democratic Front (BDF) too has called a 12-hour Barak Valley bandh on Wednesday in protest against the killing of six Assam police jawans and one civilian in Lailapur, BDF Chief Convenor Pradip Dutta Roy said.

The Assam government, in a statement on Monday, said that a team of officials, including an IG, DIG, DC Cachar, SP Cachar and DFO Cachar, went to sort out the dispute over the construction of a road by Mizoram towards Rengti Basti in Assam, violating the Inner Line Reserve Forest in Lailapur area. "Simultaneously, the Mizoram side also set up a new armed camp on a hillock next to the CRPF camp," it said, adding a mob from Mizoram started stone pelting and damaged three vehicles including the District Collector's car. The statement alleged the Mizoram Police simultaneously fired tear gas shells on the delegation and the IG was injured in this barrage. In the afternoon, SP Kolasib along with two Additional SP level officers held a discussion with the Assam delegation.

"The Mizoram officials went ostensibly to talk to the mob, but the SP Kolasib returned again around 4:30 pm to state that he had no control over the mob. "Horrifically, even while SP, Kolasib was in talks with the Assam officers, the Mizoram Police opened fire on the Assam officials and civilians, who had by then gathered there, from two dominating high features with automatic weapons, including LMGs," the statement said.

Tensions along the border with Mizoram in Cachar and Hailakandi districts of Assam have been escalating since October 2020 with frequent incidents of burning of houses and charges of encroachment of land by both sides. On October 22, 2020, high-level talks were held under the aegis of the Union Home Ministry where it was decided to maintain the status quo and resolve the dispute through discussions.

The tension flared up again in February and since then people had fled their houses near the Gallacherra border outpost after two huts were burnt down. After a lull of few months, a grenade was hurled on an Assam government team visiting the border by unknown attackers from Mizoram on July 10, while two back-to-back explosions were heard from across the border in the wee hours on July 11.

A high-level meeting between officials of both the states, including the chief secretaries and DGPs, was also held in New Delhi earlier this month, on the issue to sort out the dispute. Mizoram was a district of Assam before it was carved out as a separate union territory in 1971 after years of insurgency and the district borders did not really matter.

The border issue cropped up after that as perceptions over where the boundary should be, differed. While Mizoram wants it to be along the inner line notified in 1875, which Mizo tribals feel is part of their historical homeland, Assam wants it to be demarcated according to district demarcation done much later. The two states share a 164.6-km border between the Assam''s districts of Cachar, Hailakandi and Karimganj, and Mizoram’s Kolasib, Mamit and Aizawl districts.